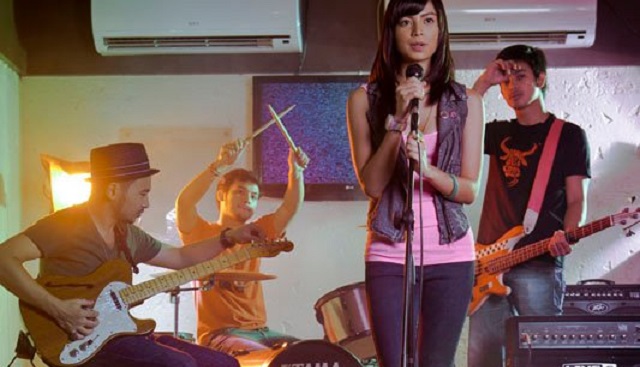 This Totally Wack Pinoy Indie Film Is Your Next Netflix Gem

Yup, you can now stream Rakenrol on Netflix!

(SPOT.ph) Today in nostalgia hits: Quark Henares's 2011 indie hit Rakenrol is up on Netflix! You can now hit play on this hilarious film about the local rock music scene nearly a decade after it was first released—and if your watch-list is already full, we list below why you should make space for this poignant coming-of-age story. But first, check out the trailer. Prepare yourself for flashbacks of all those gig spots you visited in the early 2010s!

Rakenrol follows the totally-in-love-with-his-best-friend Odie (Jason Abalos) as he and said best friend, the music-obsessed Irene (Glaiza de Castro) make their own band. They end up recruiting former rakista-turned-barista Mo (Ketchup Eusebio) and the very angry drummer Junfour (Alwyn Uytingco) for their band Hapipaks—resulting in a hilarious dynamic. The odd band tries to make it big in the local music scene while Odie, at the same time, tries to get Irene away from her "all-time super-crush" rockstar Jacci Rocha, a spot-on parody of the sleazy vocalist played to a tee by Diether Ocampo.

You will also spot hilarious supporting roles played by music-slash-comedy staples Jun Sabayton and Ramon Bautista; the former plays Francis, a.k.a. "Yagit," Mo's roommate and "pretentious starving artist" who sells Mo's guitar to pay rent while wearing satin short shorts, the latter plays the "master of modern cinema" Flame Tigerbluden—and you can just imagine what happens when he's in charge of the bands first music video.

Henares worked with Sandwich's Diego Castillo so there's no doubt the comedy's soundtrack is spot-on. There are original tracks by the not-so-fictional Hapipaks, like the dreamy soft rock "Oplan Pag-ibig," and then there are tracks by acts like Urbandub, Up Dharma Down (when they were still known as Up Dharma Down and not UDD), and Taken by Cars.

There are a lot of movies with great soundtracks out there, but Rakenrol is basically an ode to our local music scene—so if local acts were a huge part of your growing up years, then prep for a major throwback!

The bottom line: If you need to remember the good times growing up as a Metro Manila kid who probably spent way more on Red Horse and yosi than you should have while listening to great music—or even making the music—then Rakenrol is a must-watch. It's chock-full of very specific moments and oddly wack gags straight from that time.

The best part of the film is that "You can tell when a director is doing something for the love of and not for anything else. It makes the film a joy to watch, and not a chore," we said in our original 2011 review—and this sentiment has definitely not changed.

Adventurer Savvy Netflix Quark Henares Indie Streaming Services
Your Guide to Thriving in This Strange New World
Staying
In? What to watch, what to eat, and where to shop from home
OR
Heading
Out? What you need to know to stay safe when heading out