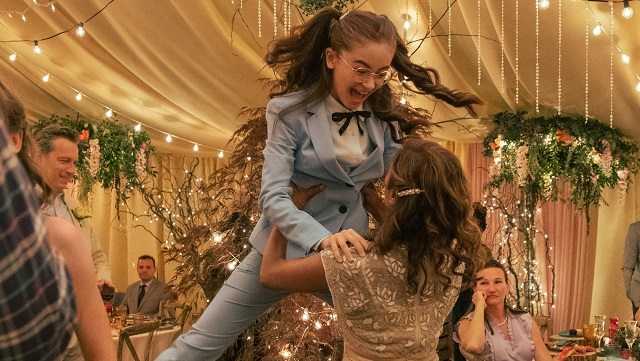 Here's what we know about the reported Netflix spinoff!

(SPOT.ph) We all know the true star of hit YA series To All the Boys' movie adaptations was really Kitty Song Covey (Anna Cathcart) all along. Sure, Margot (Janel Parrish) and Lara Jean (Lana Condor) were important, too, but we wouldn't be anywhere without Kitty! She was literally the one who sent out those letters after all. And with whispers of a Kitty Covey-centric spinoff TV series over on Netflix firmly gaining ground, we  finally have hope to fill the LJ + PK hole in our hearts left behind by the three movies.

Here's what you need to know about the possible To All the Boys spinoff:

Is the To All the Boys spinoff confirmed?

News of the spinoff was first reported by Deadline's Nellie Andreeva who said that the series was in "early development." No confirmatory word has been heard yet from Netflix. Still, a spin-off series just seems like the smart move after the movies basically revitalized the whole teen rom-com genre for the 2010s. We think it deserves a spot up there with Mean Girls and Clueless.

What will the spinoff be about?

Cathcart will be back as the youngest of the Covey sisters, said Deadline. The new show will follow her own quest for love, just like the movies did for Lara Jean—except that with 30 minutes per episode focusing on the scene-stealing sibling, way more shenanigans are abound. She did get a boyfriend in To All the Boys: Always and Forever so he might just be present, too.

Jenny Han, author of the OG YA series, is on board as the creator, writer, and executive producer. Looks like this potential series is set to be her creation! She will co-write the pilot script with Siobhan Vivian.

Han may have dropped a bit of a hint in an interview with E! Online in February, saying "If I was going to do a spinoff series, I've always thought it would be Kitty because she is so different from her sisters. I think it would be fun to explore that." Sneaky!

Adventurer Savvy Netflix Streaming Services To All The Boys Tatb Anna Cathcart Staying In
Your Guide to Thriving in This Strange New World
Staying
In? What to watch, what to eat, and where to shop from home
OR
Heading
Out? What you need to know to stay safe when heading out