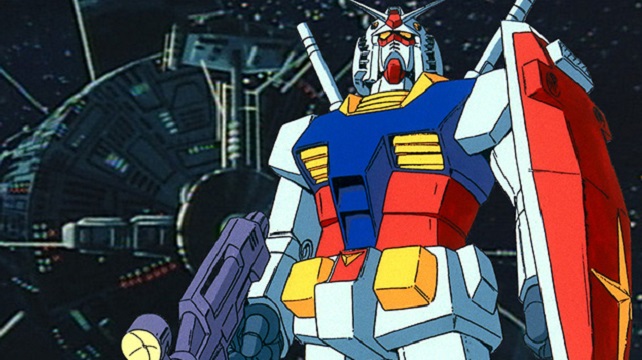 A Live-Action Gundam Movie Is Heading to Netflix

(SPOT.ph) We're going back to the good old days of afternoons spent watching Tagalized animes on TV—except this time, it might be even better. Netflix has announced a live-action movie based on the insanely popular Gundam series! The Mecha anime has been around since 1979. With a TV series, video games, models, and one heck of a following, you bet there's going to be a lot of expecations for the first-ever Gundam live-action feature film.

The upcoming Gundam movie will be directed and produced by Jordan Vogt-Roberts, the same guy who helmed blockbuster Kong: Skull Island (2017). We suppose previous experience handling supersized creatures will come in handy for the massive Mecha robots! Comic-book writer Brian K. Vaughan is in charge of the script.

No details for the movie's plot are out as of writing. In case you need a refresher, the OG Mecha anime is set during the Universal Century, which is a time when a part of the human population has moved to space colonies. A war for independence breaks out between those on Earth and in space—hence the epic battles featuring the instantly recognizable Mobile Suits, the massive robots that have become a fixture of popular culture. There's conflict, there's love, there's humanity, and there's gigantic battling robots. What more could you ask for?

Legendary is making the film for Netflix. They're working with Sunrise Inc. of Japan, the OG creators of the now multi-billion Gundam property, for the movie. We'll keep watch for when audiences can expect the live-action movie to drop on the streaming platform! In the meantime, why not hype yourself up and check out this life-sized Gundam being built over in Japan?

Adventurer Savvy Seasoned Netflix Streaming Services Nostalgia Anime Gundam
Your Guide to Thriving in This Strange New World
Staying
In? What to watch, what to eat, and where to shop from home
OR
Heading
Out? What you need to know to stay safe when heading out