Popoy, Miggy Montenegro and More: Best Roles of John Lloyd Cruz
Loading
Already a member? Log in
No account yet? Create Account
Spot.ph is your one-stop urban lifestyle guide to the best of Manila. 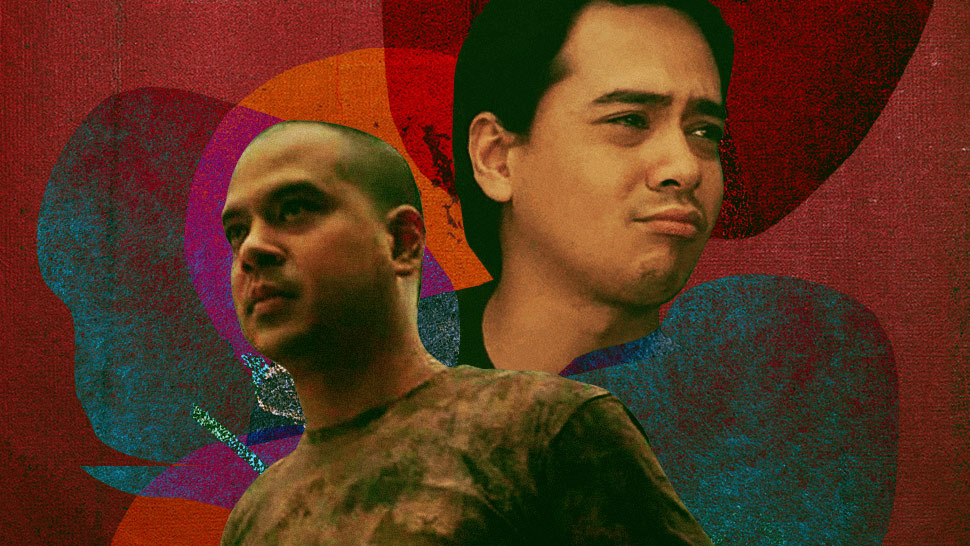 Can you believe JLC has been in the industry around two decades now?

(SPOT.ph) John Lloyd Cruz. Does that name ring a bell? Of course, it does. Cruz has been on everyone’s radar ever since he landed as a cachupoy-sporting teenager on our screens in the early '90s and he’s continued to prove that he deserves that spot in the limelight for the past two decades. The actor has been lying low for nearly half a decade now—but reports of a comeback are giving us hope he’ll soon be blessing us with more unforgettable characters. In the meantime, we round up some of his most incredible roles, from his time as the most bankable rom-com lead to darker roles.

Range, thy name is John Lloyd Cruz, as proven by his 10 most unforgettable roles:

Before he was paired with Bea Alonzo and Sarah Geronimo, Cruz was first matched with Kaye Abad—a pairing the then-teenage actor specifically asked for, BTW. It was first in Gimik that their chemistry was spotted and so they were given a big chunk of the spotlight in the all-time nostalgic youth-oriented TV show Tabing Ilog. This was arguably our first brush with Lloydie. Who would have thought he’d become one of the country’s biggest stars?

Best Lloydie moment: Anytime Junie and Lola Juling were on-screen together. The wholesome relationship between Cruz’s character and Caridad Sanchez hits a chord with all the paboritong apos.

Two brothers in love with one girl. This age-old storyline never gets tiring—especially when it’s played out by JLC, Aga Muhlach, and Claudine Barretto as overseas Filipino workers. JLC and Muhlach play the once-close Alvarez brothers. When the younger Andrew flies to Dubai, he finds that Raffy’s promises to permanently reunite them are only words. And when he falls for the troubled Faye, one of Raffy’s exes, things get even more complicated.

Best Lloydie moment: Seeing Cruz match up to veteran actor Muhlach in their confrontation hit so many chords. Plus, it showed everyone that he was definitely here to stay.

Don’t lie: This teleserye is the one that made you fall for the John Lloyd Cruz and Bea Alonzo tandem. This was their first big title together and yup, it was pure chemistry from the get-go. Fun fact: Alonzo was only 15 years old when she joined the cast as Katrina Argos. And even stranger fact: Their IRL dynamics were not as good as you’d think. Turns out the known introvert didn’t make such a good first impression on Alonzo when they first worked together.

Best Lloydie moment: We don’t know how it happened—but JLC managed to grow as Yuri Orbida right before our very eyes. From orphaned, down-on-his-luck kid to plucky young man vying for Katrina’s attention.

Ah, the bad boy Miggy Montenegro and his trend-setting wayfarers. His rom-com with Sarah Geronimo, which was so successful it spawned two more mature follow-ups—You Changed My Life (2009) and It Takes and Man and a Woman (2013)—had Cruz playing the mistreated son of a business magnate. Hellbent on being successful, he becomes a terror boss like no other, even to the blindly optimistic Laida (Geronimo).

Best Lloydie moment: Remember when he shamed Laida’s ideas for their men’s magazine after everything she did for him? We hated him so much—and then he went on to play a deeply troubled soul so well that we forgave him immediately. We feel you, Laida.

If you think today’s dramas about young people are convoluted, then you’ve clearly never seen a Pinoy teleserye—particularly the two-part Maging Sino Ka Man. In it, Cruz takes on the role of poor kid Eli who falls for rich kid Jackie, alongside party girl Celine (Anne Curtis) and troubled son JB (Sam Milby). There is betrayal, romantic tension, errant parents, and, of course, mistaken identities (and sudden wealth-slash-power). The first season, which aired from 2006 to 2007, had people hooked so bad it was immediately followed up by Maging Sino Ka Man: Ang Pagbabalik from 2007 to 2006.

Best Lloydie moment: Okay, so Sam Milby’s delivery of “I never said that I love you,” to poor Celine is arguably the unforgettable line of this series but that doesn’t mean the national heartthrob didn’t have his moments. His switch to the tortured bad guy in the last half of the second part was stellar acting. And all those sweet times he helped Jackie out every time she slipped and got amnesia had us hook, line, and sinker (no matter how ridiculous the amount of times it happened was).

You didn’t think we would leave Popoy out, did you? This has to be his most instantly recognizable character yet. With all the Bea Alonzo and John Lloyd Cruz titles out there—and all the stellar works under his belt—it is as Popoy that JLC really cemented his status as one of the Philippines’ biggest actors.

Best Lloydie moment: That “Sana ako na lang ulit” confrontation definitely comes to mind, as do many other moments, but who are we kidding? That epic “three-month rule” meltdown pretty much changed the Pinoy dating scene.

We have our qualms about having two straight men play a gay couple but that’s another discussion right there. Thankfully, Cruz’s portrayal as someone just trying to prove their worth to their partner’s incredibly ornery mother was incredibly touching. Add in all the major twists and you’ve got another unforgettable performance from JLC.

Best Lloydie moment: Vilma Santos slapping John Lloyd Cruz and then him slapping her right back is forever etched into our minds.

Speaking of amnesia, this 2010 rom-com directed by Cathy Garcia-Molina is definitely one that’s hard to forget. It was the perfect blend of comedy and drama as Cruz played a guy trying to win back Irene (Toni Gonzaga), the girl he left at the altar three years prior—who is now pretending to have amnesia in order not to have to face him, and their past, again. Also, there was a part of us that just enjoyed watching Irene torture poor Apollo.

Best Lloydie moment: That fake confrontation scene was epic proof of Cruz and Gonzaga’s acting skills—but their strip showdown at the start of the movie was epic.

John Lloyd Cruz shed his rom-com outfit for this moving Chito S. Roño film. He played a mentally challenged man accused of raping his teacher Bessy (Jessy Mendiola). The film featured what are arguably the best performances of the cast all-around, including Gretchen Barretto and Richard Gomez, as viewers are left to decide what is truth and what is not.

This movie is definitely not for those simply looking for a fun ride. This Erik Matti thriller had Cruz at his dark best as a father trying to save his wife and young daughter from a Ponzi scheme. And yes, religious organizations are involved. Set in Baguio, this film follows the chaotic descent of Edgar (Cruz) as pushed by his family’s parish—including their deluded Bishop, played to a tee by Tirso Cruz III.

Best Lloydie moment: Seeing Cruz with a gun was not something we expected, but as Edgar, that moment—among so many flinch-inducing others—was incredibly natural. And as for the ending, well we can’t say much, but prepare to be disturbed.

Adventurer Savvy Seasoned Nostalgia John Lloyd Cruz Honor Thy Father The Trial My Amnesia Girl In My Life One More Chance Maging Sino Ka Man A Very Special Love Kay Tagal Kang Hinintay Dubai Tabing Ilog Staying In Heading Out Guide Greener
Your Guide to Thriving in This Strange New World
Staying
In? What to watch, what to eat, and where to shop from home
OR
Heading
Out? What you need to know to stay safe when heading out