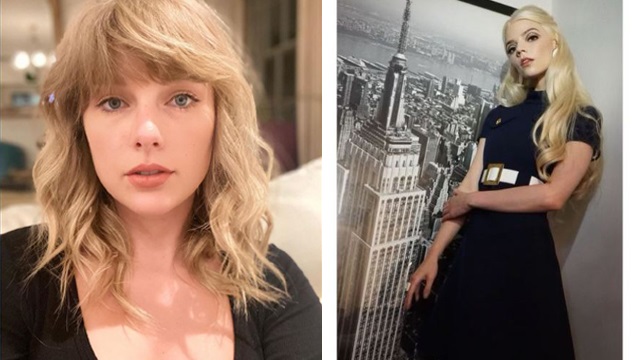 Anya Taylor-Joy and Taylor Swift in One Movie: Oh Yes, It's Happening

(SPOT.ph) The Taylors are coming. Grammy-award winning musician Taylor Swift is the latest star confirmed to be a part of David O. Russell's yet unnamed forthcoming movie. And why are we extra hyped for this? Because we'll be seeing her in the film with The Queen's Gambit breakout star Anya Taylor-Joy.

The last time we saw T-Swift leading on the silver screen was for the nightmare-inducing adaptation of Cats. But don't worry, there's hope for this one. Swift's attendance for this Russell masterclass was confirmed by Collider. Her name is another shining star alongside, of course, Taylor-Joy—inhale for this next part—Christian Bale, Margot Robbie, John David Washington, Rami Malek, Zoe Saldana, Robert De Niro, Mike Myers, Timothy Olyphant, Michael Shannon, Chris Rock, Andrea Riseborough, Matthias Schoenaerts, and Alessandro Nivola.

Who knew we would ever see Vito Corleone and Donkey in one movie? Add a global pop queen, Beth Harmon, and loads more, and we'll definitely have to bring shades when we watch this one.

Who will Taylor Swift play in the new David O. Russell movie?

This New Regency-backed film will be the Oscar-winning director's first major film since Netflix's Joy. Russell was also behind the movies American Hustle and Silver Linings Playbook.

Plot details, roles, heck, even the title, have been kept under major wraps.  Whispers are that the movie will be a period piece set during the Depression era. Vulture reports that production is done which means the movie should be up for release soon enough.

Adventurer Savvy Seasoned Taylor Swift Anya Taylor-joy Staying In
Your Guide to Thriving in This Strange New World
Staying
In? What to watch, what to eat, and where to shop from home
OR
Heading
Out? What you need to know to stay safe when heading out