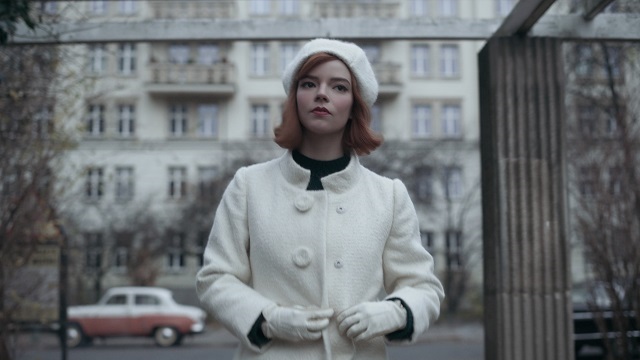 (SPOT.ph) Beth Harmon came crashing into everyone's lives during the quarantine via Netflix's wildly popular limited series The Queen's Gambit—so it's no surprise everyone is obsessed with the one who brought her to life, Anya Taylor-Joy. And it looks like the awards bodies have rightfully taken notice, too, as Taylor-Joy just bagged the award for Best Performance by an Actress in a Limited TV Series or Motion Picture at the 2021 Golden Globes on February 28, U.S. time. Even better? At just 24 years old, the actress is one of the youngest to win this category!

Anyone else trying to remember what they were doing at 24? Random attack aside, Taylor-Joy is actually the second youngest to receive the award. The youngest so far to do so is Angelina Jolie who at 23 years old won Best Actress in 1998 for the same category. Jolie was honored for her portrayal of Gia Carangi in HBO's biopic of the supermodel's tragic life.

Laura Dern and Lady Gaga are the two other actresses to win the award when they were 20-somethings: Dern won in 1992 for HBO's Afterburn (she would star in Steven Spielberg's Jurassic Park a year later), and Lady Gaga in 2015 for her role as The Countess in American Horror Story: Hotel (which, incidentally, is said to take inspiration from the Cecil Hotel in Los Angeles).

The Golden Globes first began awards for this category in 1981, which means that out of nearly 40 winners, Taylor-Joy is one of just four twenty-somethings to win it. Now, let's take a moment to revel in Taylor-Joy totally working Dior Couture for the online awards show:

Taylor-Joy was also nominated for Best Actress in a Motion Picture -  Musical or Comedy but was bested by Rosamund Pike and her cutthroat vaping hustler Marla Grayson in I Care a Lot. Still, two nominations and one win for the Golden Globes is definitely something to brag about at just 24 years old. The Queen's Gambit series itself also broke viewership records on Netflix, becoming their most-watched limited series in November 2020. BRB while we binge-watch the series all over again.

Adventurer Savvy Seasoned Golden Globes 2021 Golden Globes Queen's Gambit Netflix Streaming Services Anya Taylor-joy
Your Guide to Thriving in This Strange New World
Staying
In? What to watch, what to eat, and where to shop from home
OR
Heading
Out? What you need to know to stay safe when heading out