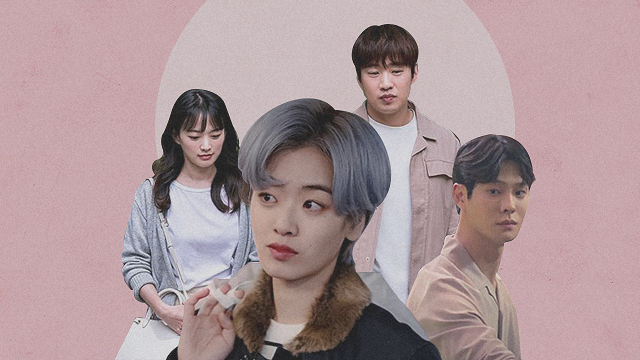 10 K-Dramas That Shined the Light on LGBTQ+ Stories

From the OG Life Is Beautiful to Itaewon Class and more.

(SPOT.ph) Are you part of the many that have fallen into the endlessly enjoyable pit that is the K-Drama? Admit it or not, we’re sure you can at least say you’ve heard of it. South Korean series have pretty much taken over the globe—and they’ve brought with them more than just entertainment. Using their massive platform, these stories have shared a lot about Korean culture—widely regarded as being very conservative—and they’ve even spotlighted LGBTQ stories. For this list, we round up 10 dramas that waved the rainbow flag in one way or another—perfect in case you wanted to see your own stories represented on screen, or just wanted to more about the LGBTQ experience.

Celebrate Pride Month by streaming these K-Dramas with LGBT characters:

This popular series about a group of young folks fighting for their dreams is arguably the first mainstream one to have a transgender main character. And since the series is about a bunch of misfits finding a place where they do fit, it was a very apt storyline for the first time a transition like this was celebrated on screen. Lee Joo Young plays trans woman Ma Hyun Hi, who is hired as a chef despite her lack of cooking skills. Her journey to accepting and being proud of herself, along with some real chef skills, is a definite must-watch.

The first in this cult-fave trilogy of series has six friends reminiscing about the year 1997 during their highschool reunion in 2012. And one of those friends was Kang Joon Hee (HoYa), a closeted gay guy who was in love his best friend, Yoon Jae (Seo In Guk). Cue a nostalgia-filled look at the difficulty of not just being in love with a best friend, but one who doesn’t even know you’re gay. This was arguably one of the first gay relationships seen in a mainstream South Korean drama.

The late Cha In Ha took on the role of the dashing Won Suk, the openly gay brother of the series’ main female lead, Seo Yeon (Oh Yeon Seo). While Seo Yeon, who despises stereotypical pretty boys, ends up falling for the overtly narcissistic Lee Kang Woo (Ahn Jae Hyun), in this Pride and Prejudice-type of tale, we also get to see Won Suk’s backstory and his struggle to come out to his family. Plus, he even gets his own sweet romantic storyline that might even be more interesting than the main leads’.

Literally translated to Seonam Girls High School Detectives, this series made waves when it featured South Korea’s first ever on-air lesbian kiss. Talk about breaking boundaries. Don’t be fooled by the cutesy premise of five high schoolers forming a detective club! This series tackled the same-sex relationship between the two girls in all seriousness, along with shining the spotlight on many real-life issues such as bullying, suicide, and more through their cases.

Remember when K-Dramas were still called Koreanovelas? This 2010 series definitely fits the type of sometimes heart-wrenching, sometimes feel-good series we all consumed back then—only it featured one of the first realistic and sensitive portrayals of an openly gay couple in a primetime Korean drama. Life Is Beautiful centers around the many generations of the Yang family in Jeju, the relationship between eldest son Tae Sub (Song Chang Eui) and divorced professor Kyung Soo (Lee Sang Woo) included.

Hello Dracula may have been a short two-episode miniseries but its topic definitely made an impact. The pensive drama focuses on the story of three people overcoming their inner monsters. At its lead is Anna (Seohyun), an elementary school teacher who has just broken up with her girlfriend of eight years. Now she must deal with her depression—and a mother whom she has emotionally disconnected from since the day she came out as lesbian.

In need of a feel-good escape? This BL series is right up your alley. Two teenagers—Han Tae Joo (Han Gi Chan), the heir of multi-million-dollar business, and Kang Gook (Jang Eui Soo), his bodyguard—have pretty much grown up together. Kang Gook is pretty much resigned to his fate of loving Han Tae Joo from a distance, that is until a new girl shows up at their high school and throws off the precarious balance.

One of the earliest K-Dramas to even touch on the LGBTQ experience was the 2010 series Secret Garden. Lee Jong Suk took on the supporting role of Han Tae Sun, a musical prodigy who struggles to understand his sexuality. He develops a close bond with his mentor Oska (Yoon Sang Hyun), a Hallyu star whose popularity is fading and is dealing with his own inner fears.

Four different couples, one apartment complex: a recipe for instant chaos. Up in Room 709 lives Lee Joon Jae (Lee Jae Joon), a homebody and loner who rents out a room for extra cash. He purposely advertises for a foreigner to minimize the chances of having to talk to the potential roommate—only he ends up with Takuya, an extroverted Japanese guy who becomes bent on drawing Joon Jae out of his shell.

While the gay character is usually relegated to the background TV shows across the globe, Be Melodramatic gave us a more refreshingly realistic take on the token queer dude. The female-centric series revolved around three 30-something BFFS as they go through changes in career and their personal lives. The slice-of-life angle allows us a glimpse as well into the experiences of the openly gay brother of one of them, Hyo Bong (Yoon Ji On). Hyo Bong’s character is as honest a mirror as can be and the show even gave a straight look into the discrimination members of the LGBTQ face.

Adventurer Savvy Seasoned K-dramas Lgbt Itaewon Class Reply 1997 Love With Flaws Schoolgirl Detectives Life Is Beautiful Hello Dracula Where Your Eyes Linger The Lover Be Melodramatic Secret Garden Staying In Guide Greener
Your Guide to Thriving in This Strange New World
Staying
In? What to watch, what to eat, and where to shop from home
OR
Heading
Out? What you need to know to stay safe when heading out