LGBT Movies and TV Shows to Watch on Netflix, Amazon Prime Video
Loading
Already a member? Log in
No account yet? Create Account
Spot.ph is your one-stop urban lifestyle guide to the best of Manila. 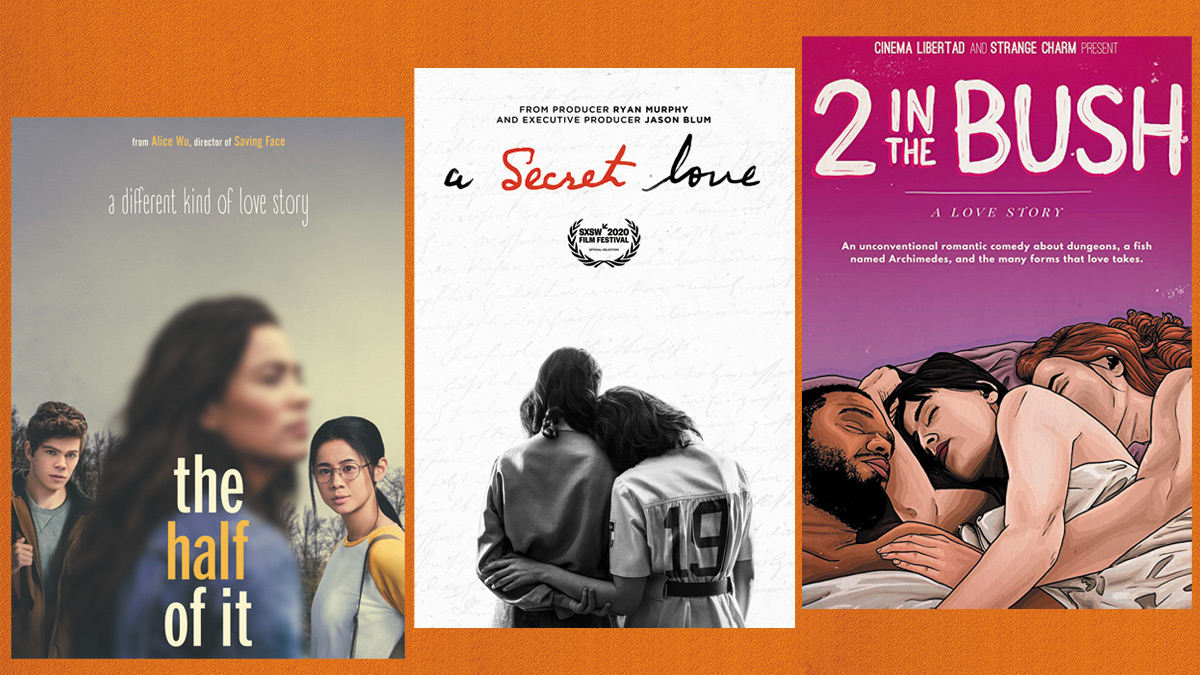 (SPOT.ph) In the past few years, positive LGBTQ+ representation has been given some space in mainstream media. We've seen diverse portrayals in TV shows like Orange Is the New Black and The L Word: Generation Q, witnessed the rise of documentaries that give us a closer look at the plight of the LGBTQ+ community, and celebrated Filipino movies that champion Pride despite a conservative society. Through these shows, we continue to hope and fight for a better world for all kinds of love.

The concept of acting as the "bridge" between your best friend and the love of his/her life—who later turns out to be also the love of your life—is nothing new; but expect Alice Wu to provide a fresh take on the Cyrano de Bergerac storyline in The Half of It. Sixteen years after cult favorite Saving Face, she creates a queer, coming-of-age film that follows three high school teens: Ellie Chu (Leah Lewis), Paul Munsky (Daniel Diemer), and Aster Flores (Alexxis Lemire). Paul likes Aster, so he asks Ellie to write letters for her on his behalf—and as it turns out, Ellie’s love letters mean so much more.

Stream it on: Amazon Prime

2 in the Bush is probably one of the most unconventional love stories you'll ever see. It starts with the heartbreak of Emily (Sarah Mitchell) after catching her long-time girlfriend in bed with another man. As she tries to pick up the pieces after losing the love of her life, her job, and her apartment, she meets BDSM dungeon owner Nikki (Caitlin Aase) and visual artist Ben (Travis Delgado) and dates them separately. She later finds out that the two are actually a couple in an open relationship and explores a polyamorous relationship with them. 2 in the Bush premiered at the Newfest Film Festival in 2018, and was released in the U.S. in 2019.

This six-episode British dramedy series stars Mae Martin, who also happens to be the show's co-creator. It touches on themes of relationships, queer issues, family and coming out, and addiction—all based on the stand-up comedian's life. If you want more of Martin's funny but truthful takes, she's featured in one of the episodes of Comedians of the World—also available on Netflix.

Stream it on: iWant

Mga Batang Poz, a six-part iWant series based on the novel of the same name by Segundo Matias Jr., hopes to remove the stigma around sexuality and health by tackling the struggles that HIV-positive (or “poz”) teens go through. It examines the lives of HIV-positive friends, played by Mark Neumann, Fino Herrera, Awra Briguela, and Paolo Gumabao, who try to search for acceptance and companionship.

Let It Snow is based on the young-adult novel of the same name by Maureen Johnson, John Green, and Lauren Myracle, which is an anthology of Christmas love stories for teens. The Netflix original includes a queer love story (that's not in the book) between two young women Dorrie (Liv Hewson) and Kerry (Anna Akana), who are both struggling with coming out, accepting themselves, and—of course—falling in love.

Chinese families are stereotyped to strictly adhere to their traditions—from sons and daughters being prohibited to marry outside their race to government-imposed family planning. It's even worse when you're gay, as narrated by filmmaker Hao Wu in this short documentary titled All in My Family. Though he’s out to his parents who tolerate but don't exactly accept his sexual orientation, Wu had to leave Chengdu to lead the life he wanted and raise a family with his husband Eric in the United States. All in My Family shows his return to Shanghai for his grandfather's 90th birthday, and the encounter with all the aunts and uncles who were expecting him to come home with a wife.

Tales of the City, a Netflix miniseries based on the novels by Armistead Maupin, looks into the intersecting and interesting lives of the tenants of 28 Barbary Lane in San Francisco. There's 90-year-old transgender woman Anna Madrigal (Olympia Dukakis) and landlady of the old Victorian house, transgender man Jake Rodriguez (Garcia) and his girlfriend Margot Park (May Hong), queer teens Ani (Ashley Park) and Raven (Christopher Larkin), and HIV-positive Michael "Mouse" Tolliver (Murray Bartlett). At the center of the story is Mary Ann Singleton (Laura Linney) who returns to the house after two decades with the hopes of reuniting with her daughter—also a 28 Barbary Lane resident—Shawna (Elliot Page).

In 1901, two women—Elisa Sánchez Loriga and Marcela Gracia Ibeas—attempted to get married in Galicia, at the Church of Saint George, no less. And they did, except that Elisa had to adopt the male identity Mario Sánchez to get a marriage certificate. This was considered as the first recorded same-sex marriage in Spain. Elisa & Marcela by Isabel Coixet retells this story of love and sacrifice in a black-and-white period drama.

Two years after the success of her first comedy special Nanette on Netflix, Hannah Gadsby returns with another hour-long comedy show titled Douglas. This time, she talks about her late-in-life autism diagnosis, the weird fact that she's got both fans and haters, her dog Douglas, and deep-seated anger towards mansplaining and patriarchy.

Directed by Chris Bolan, American documentary A Secret Love narrates the incredible love story between former professional baseball player Terry Donahue and her partner Pat Henschel. The two kept their relationship a secret from their families and friends for almost seven decades, until they finally got married in 2015. Donahue passed away at the age of 93 in March 2019, after suffering from Parkinson's Disease.

Streaming Services Netflix Amazon Prime Video Adventurer Savvy Seasoned Lgbt Pride Month Guide The Half Of It 2 In The Bush Feel Good Mga Batang Poz Let It Snow All In My Family Tales Of The City Ella And Marcela A Secret Love Douglas Listicle
Your Guide to Thriving in This Strange New World
Staying
In? What to watch, what to eat, and where to shop from home
OR
Heading
Out? What you need to know to stay safe when heading out