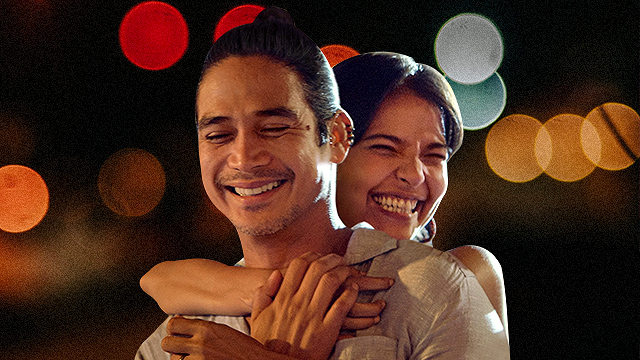 My Amanda Confirms What You've Known All Along: You Don't Need a Man

(SPOT.ph) “I wanted to share a different kind of love story,” says Alessandra de Rossi in a press conference for My Amanda, an upcoming Netflix original that’s bound to go down a different path. Written, directed, produced and starred in by De Rossi and her crazy mind, there is one thing we can expect for sure: a whole lot of tears. The movie drops on Thursday, July 15! If you’d rather have your heart at least a little bit more prepared for this, we lay down a bit of what to expect below.

Also read:
Everyone's Aboard the Feels Train for Through Night and Day; Here's Why You Should Be, Too

What Is My Amanda on Netflix all about?

Two friends. At the core of it, that’s really all the movie is about. And yet somehow, the trailer has us hooked on a feeling. De Rossi plays Amanda, a.k.a. Fream, while Piolo Pascual takes on the role of TJ, a.k.a. Fuffy (we’re guessing that’s related to Papi, which is incidentally also a name he goes by IRL!). The two are the ultimate BFFs—Netflix even pointedly defines them as “unusually close friends” in the official synopsis—and are each other’s only constant through the many complications of life.

That “unusually close” label definitely has our eyebrows raised, with the cliché question of “Can a girl and a boy ever just be friends?” coming to mind. De Rossi shares that she deliberately wanted to focus on this relationship in the movie. “A guy and a girl can be friends,” she says. “I don't want people to always be beside the opposite sex, and think that there's some…”

“Sexual thing going on,” ends Pascual. Yup, they finish each other’s sentences. (This is the part where we admit that we may be thinking the exact opposite of what we’re writing, but we’ll let De Rossi and Pascual continue their argument.)

So what’s the connection between their characters Fuffy and Fream? To get to that, we take a look at the inspiration for the two characters created by De Rossi. “This story is very personal to me because it’s about my friendships, literally,” says De Rossi. She says that she based Amanda and TJ’s dynamics on her own relationship with one of her own best friends, who is yup, male. It is definitely a story about love, but not of the typical kind you’d see in a movie about a guy and a girl.

“I have the closest friendships with men,” she says, before adding a cheeky redaction. “I call them boys, not men.” It was that type of wholesome friendship between opposite sexes that she wanted to shed the light on. “I want people to treasure friendships and appreciate them as they are, and just stop adding malice to [everything].”

Fun fact: Even Pascual’s friendship with director Joyce Bernal served as inspiration for De Rossi, and she says this while hilariously mimicking the come-hither action that she would see “him and Joyce Bernal treat each other like, ‘Come here, kiss me.’ I said, ‘This is so entertaining. My best friend and I are the same. I think I should make a movie.’" It’s a hilarious logical process but we are so here for it.

Making My Amanda Without Falling in Love

De Rossi had a hard time getting her story from paper to screen. She shares that most production houses “found it a little bit unbelievable,” while Pascual adds that “they wanted to tweak it.” When Netflix finally picked it up, De Rossi was kind of shocked that they didn’t want much changed. Fuffy and Fream’s friendship would be front and center—now the only challenge was filming it.

“I chose to direct this film because I knew with Piolo, I wouldn't have to ‘direct’ anything. Just come to the set, just be who you are, and let me just think of my shot, and just hope I get it right,” said De Rossi, before admitting “I thought it was going to be that easy.” De Rossi ended up wearing several hats for this film and was even hospitalized due to stress at some point—but at least there was one person she could count on.

Pascual was an easy choice for the role. “Being around Alessandra, it was easy for me because that's how we are in real life,” he shares. “I also know for a fact that it is possible to have girl best friends that you treat like one of the guys,” which meant that he and De Rossi were on the same page.

But even with that knowledge, making sure he got TJ’s character right was still difficult. “What was important for me as Fuffy, as TJ, was to—I guess without giving away too much—it's not to cross the line because you value the friendship so much that there's more to it than just being romantic.” And because they are who they are, De Rossi slid in with a “Were you falling in love with me [during filming]?”

“Yes, but there is a way to it. If you really have the purest of intentions, then it is possible. It is possible to not cross the line and just be there for each other,” replied Pascual without missing a beat. These two have no right to do this to our feelings—and the movie hasn’t even dropped yet.

Finding someone who’ll stick by you through thick and thin isn’t easy. We’re ridding ourself a world of opportunities by thinking that we can’t be friends with the opposite sex. As Pascual said, it is “the purest of intentions” that will hold out in the end. Fuffy and Fream have something we all want. It may not be that lovey-dovey, sweep-you-off-your-feet, burning romance, but in the face of an undying “friendship that is intimate and not superficial; [It is] rare and sincere,” as De Rossi explains, we’ll choose the latter any day.

My Amanda streams on Netflix on July 15.

Adventurer Savvy Seasoned Netflix Streaming Services My Amanda Alessandra De Rossi Piolo Pascual Staying In
Your Guide to Thriving in This Strange New World
Staying
In? What to watch, what to eat, and where to shop from home
OR
Heading
Out? What you need to know to stay safe when heading out