Where to Stream U.S. and K-Drama The Good Doctor: Netflix PH
Loading
Already a member? Log in
No account yet? Create Account
Spot.ph is your one-stop urban lifestyle guide to the best of Manila. 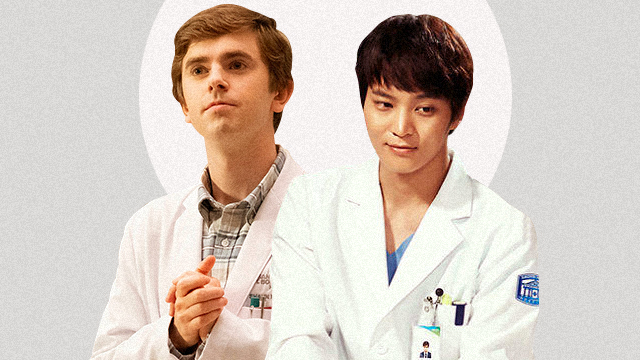 Turns out even the U.S. version was supposed to have an Asian lead!

(SPOT.ph) Medical series have an exra-addictive touch to them. Just ask all the people who have made U.S. show The Good Doctor number one on on Netflix Philippines as of writing! The series starring a savant doctor first aired on U.S. airwaves in 2017 and has four seasons to date—as well as something of a dedicated following. It's not the first time a U.S. medical series has made its mark (think 17 seasons-strong Grey's Anatomy, not to mention ER before that), but we're here to shine the light on the OG medical drama that made this one possible: the 2013 South Korean series of the same name.

How South Korean series The Good Doctor ended up being adapted into a U.S. series:

Both series center around autistic savants trying to reach their goals to become doctors in the cutthroat medical world. The U.S. version stars Freddie Highmore (as in the kid from Charlie and the Chocolate Factory but all grown up) as Shaun Murphy while the OG stars Joo Won as Park Si On. Best part? If you want to check out both series, they're both on Netflix!

The OG series ran for 20 episodes. The Park Si On character is very similar to Shaun Murphy in that they both have troubled pasts that led them to where they are now. Park Si On's goal is to become a pediatric surgeon. When he finally makes it to residency, he is given six months to prove himself capable—but that is made difficult not only by his atypical condition but also fellow doctors critical of his capabilities.

It looks like we have Lost star Daniel Dae Kim to thank for the U.S. series. News of him bringing the South Korean series to U.S. screens generated buzz as early as 2014. "There's something that Korean TV does that no other country does—the way they portray heartbreak and melodrama," the Hollywood actor was quoted as saying. Don't we know it.

Dae Kim eventually became a producer (as well as taking on a recurring role as a doctor on the U.S. series). He even let drop that he had originally hoped for an Asian lead as well. That didn't come to be after talks with showrunner David Shore, with Kim explaining in a Digital Spy report that "I'm not going to say he was the one that wanted a white lead, but I will say that it became less clear to him how an Asian lead would work." Working with a showrunner, it was clear that "it has to be a proper meeting of the minds because he's the one that'll be running the show every day. And so he had to have a level of comfort with it."

So while we didn't get the Asian lead, we can always look back to the OG! The U.S. version is heartbreaking enough, but we think the South Korean one may just take it up another notch.

Adventurer Savvy Seasoned The Good Doctor K-drama Netflix Streaming Services Staying In
Your Guide to Thriving in This Strange New World
Staying
In? What to watch, what to eat, and where to shop from home
OR
Heading
Out? What you need to know to stay safe when heading out