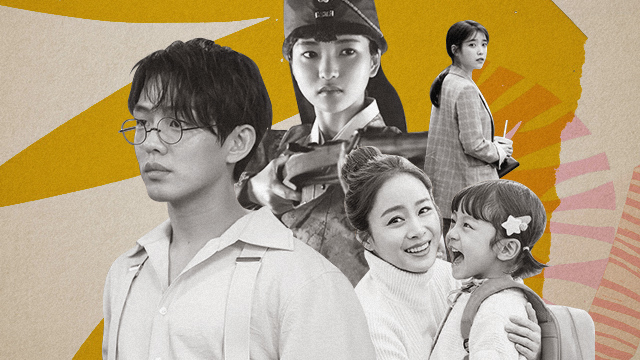 10 Bittersweet K-Dramas to Stream for Your Weekly Crying Session

Jumpstart your cold heart with these titles.

If you’re feeling a little emotionally stunted right now—we totally understand. To help you out, we round up some of the most touching K-Dramas you can stream right now to trigger the waterworks! From poignant and heartfelt tales to very tragic dramas, we got you.

Also read:
10 Bittersweet Korean Movies That Will Turn You Into an Emotional Wreck
10 No-Fail Tearjerker Movies for When You Need a Good Ugly Cry, According to Spotters

Get your tissues ready for these 10 bittersweet Korean dramas:

Get ready to cry: When a person suddenly passes away, who comes to clean up everything they left behind? Enter the “trauma cleaners.” This is the work the young Geu Ru (Tang Joon Sang), who has Asperger’s, used to do with his father—until his own father’s untimely demise. Geu Ru is then left to the care of Sang Gu (Lee Je Hoon), his ex-convict uncle, who is the exact opposite of his brother. The two, unmatched as can be, are then left to run the family’s cleaning company all while unravelling their own past traumas.

Get ready to cry: A retired old man who hasn’t given up on his dream and a young man just about ready to give up on his dream cross paths. Their goal? To become ballerinos. Sim Deok Chul (Park In Hwan) may be 70-years-old and could have Alzheimer’s but his optimism—in the face of even a disapproving family—is exactly the inspiration the younger Lee Chae Rok (Song Kang) needs to become a ballet dancer like his mother.

Get ready to cry: The world may be shit but there’s always that one person who can convince you otherwise. Three brothers—each at different stages of “success” in life with very different personalities—crosses paths with a woman who has had it hard in life. The middle brother, Lee Sun Kyun, stoic and practical, begins to fall for the hard-shelled woman. Only, he doesn’t know that she’s been sent by a rival company to spy on him for some corporate espionage.

Get ready to cry: You know you’re in for a sure cry when a story centers around a mom and her child. In this series, Cha Yu Ri (Kim Tae Hee) is a ghost who has been watching her kid grow up as a spirit stuck in this world. When she is given the chance to take back her life, she must make the hard choice of either claiming her old spot and throwing her loved one’s life into chaos or simply passing on.

Get ready to cry: The acclaimed Mr. Sunshine won not only critics over, but also our cold, dead hearts. Set in Joseon-era Korea, the empire that lasted from 1897 to 1910, it follows Eugene Choi (Lee Byung Hun) who is returning to Joseon from the U.S. as a Marine Corps officer on a mission. There he uncovers a plot by the Japanese to colonize Korea—while also falling in love with noblewoman Go Ae Shin (Kim Tae Ri), who happens to be part of the civilian militia.

Get ready to cry: If you just want to go full-on fantastical romantic period drama where—spoiler alert!—happy endings don’t exist so you can really let it all out, we suggest you go with this one. Modern-day woman Go Ha Jin (Lee Ji Eun) is magically transported back in time to the Goryeo Dynasty. There, she falls in love with two princes: one who is cold, aloof, and hiding some past hurts, and another who is kind and loving. Don’t be fooled though, as this is more than just a love triangle; it has court drama, politics, betrayal, and lots of reasons for tears.

Get ready to cry: A successful but arrogant author named Jang Jae Yeol (Jo In Sung) crosses paths with psychiatrist Ji Hae Soo (Gong Hyo Jin) and a love-hate relationship ensues. But when it comes to light that the author’s obsessive-compulsive disorder is due to some major past traumas, and that the psychiatrist herself has some deep-seated issues, the two team up and try to find some way to help each other heal.

Get ready to cry: Three friends who were once resistance fighters in the 1930s are reincarnated in the modern day as a best-selling author suffering mental block, a fan, and a ghostwriter. Things start getting complicated when their pasts begin to catch up with them. Read: Nearly a century’s worth of camaraderie, love, and betrayal in the making.

Get ready to cry: This K-Drama is based on an actual person who lived in the 16th-century Joseon: Queen Dangyeong. She was only 13 years old when she was married to Grand Prince Jinseong. Barely 10 years later, they were made King and Queen—a title that lasted only seven days before a coup dethroned them. She was then deposed of and lived without family for the rest of her life. The K-Drama is a retelling of her sad tale as a pawn of the royal court.

Something in the Rain

Get ready to cry: When there’s a direct reference to rain, you know it’s going to be a moody one. This K-Drama explores how one couple went from just friends to lovers–the thing is, the couple in question is a 30-something woman named Yoon Jin Ah (Son Ye Jin) and her best friend’s younger 20-something brother, Seo Joon Hee (Jung Hae In)—and that very mild May-December factor is just one of the South Korean taboos this series dives into.

Adventurer Savvy K-drama Netflix Viu Streaming Services Something In The Rain Queen For Seven Days Chicago Typewriter Its Okay That Love Moon Lovers Mr Sunshine Hi Bye Mama My Mister Move To Heaven Navillera Greener Guide
Your Guide to Thriving in This Strange New World
Staying
In? What to watch, what to eat, and where to shop from home
OR
Heading
Out? What you need to know to stay safe when heading out