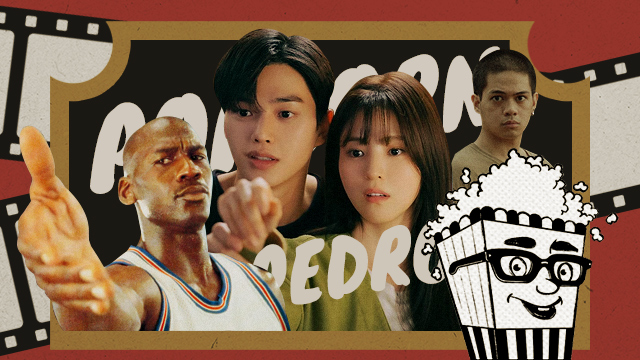 Stranger Things, but in Manila's slums.

(SPOT.ph) The storms are back and we're still stuck indoors. But hey, at least that means this weekend streaming sesh could be a little cozier. We suggest burrowing under a blanket with a new show for some much-needed comfort if possible. For this weekend, Popcorn Pedro has some surefire picks for you to stream, whatever state of mind you're in. Stay safe and dry, folks!

Popcorn Pedro says: If you like problematic male leads and relationships without labels, then this one's for you. Whoops, did that hit too close to home? Don't worry, this steamy drama softens the blow with its soft, fuzzy, adult-only scenes between two twenty-something college students who are both bad at love (but totally have the lovemaking part down). I wish I could say the slow gazes—yes, with the cheesy slow pan and fades—and mega-level skinship make me cringe, but Nevertheless, honestly does it in a way I can't help but unironically like.  Oh, and the story is pretty good too. Love or flirting? Way too relatable. We're so far five episodes deep but more Song Kang and Han So Hee content drops every weekend.

Popcorn Pedro says: Are four seasons of the U.S. series The Good Doctor starring Freddie Highmore not enough streaming content for you? We got you. Allow us to direct your attention to the original South Korean series it was based on, of the same name, and also on Netflix. This high-stakes, uplifting drama about a savant doctor trying to prove himself first came out in 2013, with Joo Won as Park Si On, before being brought to the U.S. by Daniel Dae Kim. No lie. The original has 20 episodes with about an hour each—so you can probably watch the entire thing in one weekend, if you start now. Go!

Popcorn Pedro says: Space Jam: A New Legacy pretty much stole the ball from Black Widow in theaters—because yes, they can watch in cinemas in the U.S.—but before you even think about getting your grubby little hands on this far-off sequel, you best watch the original. Yes, I'm being that asshole. The Michael Jordan and Bugs Bunny + Looney Tunes pals starrer has to be watched to be believed (and enjoyed). Whether you were a teenager during the dial-up Internet age or a teenager during the time of TikTok houses, I'm here for what's best for you, and right now it's this ultimate feel-good '90s gem.

Where to stream: iWant TFC

Popcorn Pedro says: Babae at Baril mixed up painful and entertaining in a way that only director Rae Red could do—and Tenement 66 amps up the painful. "The idea was—how do you make Stranger Things in the slum area in the Philippines?”" she told NME Asia. What came from that idea is this dark tale of three neighborhood kids—played by Francine Diaz, Francis Magundayao, and Noel Comia Jr.—who find themselves way in over their heads after trying to steal from an old man. It's a home invasion gone very wrong. The thriller is up on iWant TFC and you can rent it for P249.

Adventurer Savvy Seasoned Popcorn Pedro Staying In Guide Netflix Hbo Go Iwant Tfc Streaming Services Nevertheless Good Doctor Space Jam Tenement 66
Your Guide to Thriving in This Strange New World
Staying
In? What to watch, what to eat, and where to shop from home
OR
Heading
Out? What you need to know to stay safe when heading out