Parasite, Real and More Cool South Korean Viu Movies to Stream
Loading
Already a member? Log in
No account yet? Create Account
Spot.ph is your one-stop urban lifestyle guide to the best of Manila. 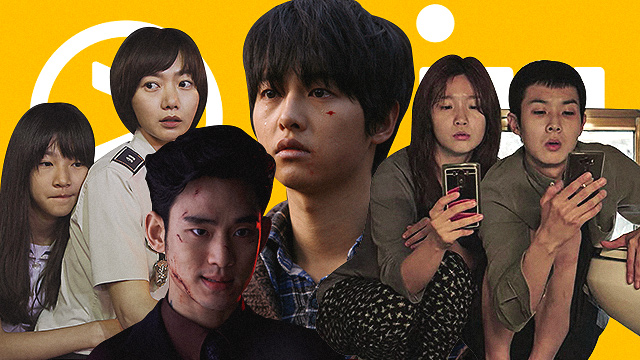 Yup, you can stream Parasite and more legally!

(SPOT.ph) Finally ran out of K-Dramas? Or just looking for even more South Korean content to stream? Allow us to direct you to some totally unmissable South Korean titles—specifically, movies! From heartwarming tales, romance, action, thriller, horror, and everything in between, we round up some cool flicks you can catch on Viu Philippines. Yup, Parasite included. Just note that while most of the platform’s content is free, you will have to sign up for a Premium account to stream these flicks!

Bring out the popcorn for these Viu movies from South Korea:

Yup, Bong Joon Ho’s multiple Oscar-winning dark comedy—TBH, we don’t know if we can even box it into any specific genre—is just a (legal) stream away. This tale of a less-fortunate family planting themselves into the lives of a much richer family is chock-full of twists and dark realities wrapped up in a stellar cinematic execution. You can watch it all over again, or, if for some reason you still haven’t seen it, then now is the time!

This story follows a team of hearing-impaired high schoolers who form a baseball team, with a jaded former pro athlete for a coach as a PR stunt. Their goal? Win at least one game at the national junior competition. This is the story at the core of the touching 2011 hit Glove. It is based on a real-life junior baseball team from the Chungju Sacred Heart School for the Deaf. Definitely one to watch for some heartwarming vibes.

Before Song Joong Ki became Captain Yoo Si Jin or even Vincenzo, he played a feral boy in the 2012 hit fantasy film A Werewolf Boy. When an old woman finds out her childhood home is being sold, she returns to the old countryside farm she stayed at in the '60s, sending us on a path of reminiscing with her. It was there that she met a boy living out in the wild, whom her mother adopted assuming that he was one of the many children orphaned by the Korean war. We know you’re thinking Tarzan—and the trailer does seem to scream “strange action movie”—but trust us, this is the type of poignant drama that’ll have you sobbing for days after.

South Korean thrillers are on a league of their own—just take a look at this 2018 hit. Directed by Park Hoon Jung, The Witch follows the young Ja Yoon (Kim Da Mi) as she is chased by several dark figures who clearly know something about her that she does not. Ja Yoon harbors strange powers, yes, but it seems that isn’t the only sketchy thing about where she came from. Thrilling, gripping, and with a twist that puts this movie a level above others, this movie isn’t for the light-hearted.

Bae Doona may be the central star in this 2014 Cannes Film Festival pick, but the young Kim Sae Ron stands her ground too. In this slow and steady thriller, Doona stars as a cop who is sent to a far-flung countryside town after some scandal (Read: they probably found out she’s gay). There, she crosses paths with Sun Do Hee (Kim Sae Ron), a young girl abused by her family and an outcast of the town. The lines start to blur when the cop decides to take in the young girl, and an actual death is involved.

Yup, that is Kim Soo Hyun as badass as we’ve ever seen him! Before he joined It’s Okay to Not Be Okay, he starred in this neo-noir action thriller. The movie is set in an alternate reality, well, multiple alternate realities actually, as Jang Tae Hyun (Kim Soo Hyun) takes on himself. Not getting it? Well, the ambitious movie follows the ultra-rich and powerful Tae Hyun, a gang leader and casino owner, as he tries to rid himself of an alter personality via the questionable methods of a certain Dr. Choi (Lee Sung Min).

A South Korean remake of an old Spaghetti Western? You know it. Director Kim Jee Woon, the same brain behind the 2003 horror A Tale of Two Sisters, decided to make his own version of the 1966 classic The Good, the Bad and the Ugly and the result was pretty damn good, too. This action flick is set in Manchuria, before the start of World War II. A train heist unravels in the deserts, where bandit Park Chang Yi (Lee Byung Hun) is the Bad, bounty hunter Park Do Won (Jung Woo Sung) is the good, and another thief Yoo Tae Goo (Song Kang Ho) is the Weird.

Remember that Sandra Bullock and Keanu Reeves starrer? No, not Speed. The time-travelling romantic tale The Lake House. Fun fact: That 2006 movie is based on Il Mare. Nitpickers will be happy to note that the time logic bit makes a little bit more sense in the OG, not that logic is really the main goal of any romantic movie. Starring Gianna Jun (before her My Sassy Girl days) and Lee Jung Jae, Il Mare is a quiet film that tracks how two lovers connect through time—via a stunning lake house with a magical mailbox.

This is the movie that spawned so many remakes! If you’re wondering what all the clamor is about, why not check out the OG? An ornery old woman, feeling dejected by her family, finds herself once again in her 20-year-old body—leading her down a path of rediscovery and a lot of hilarious antics. Oh Mal Soon (Na Moon Hee) reinvents herself as Oh Doo Ri (Shim Eun Kyung), all while trying to keep her new life a secret from her family.

Before Bong Joon Ho gave us Parasite, he gave us Mother in 2009. The premise is simple enough: A mother sets out to prove her son's innocence after he is accused of murder. So you're probably thinking tears and motivation and a feel-good story at its core. Except this is Bong Joon Ho we're talking about. So forget any possibility of anything feeling good after this one—and liking it that way. Prepare to never see eommas the same way again thanks to Kim Hye Ja.

Adventurer Savvy Seasoned Viu Streaming Services Parasite Glove A Werewolf Boy The Witch Part 1 Subversion A Girl At My Door Real The Good The Bad Werid Il Mare Miss Granny Mother Guide Greener
Your Guide to Thriving in This Strange New World
Staying
In? What to watch, what to eat, and where to shop from home
OR
Heading
Out? What you need to know to stay safe when heading out