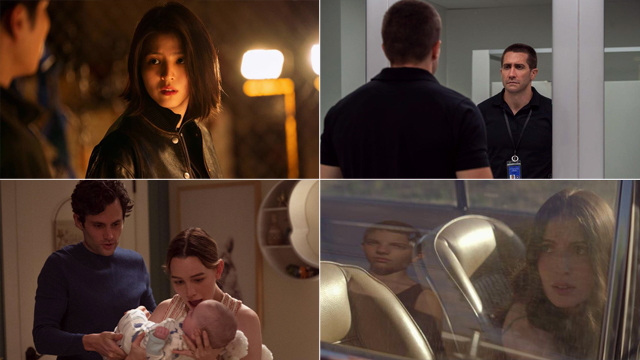 Netflix Is Dropping New Thrills in Time for Spooktober

YouSeason 3,  The Guilty, My Name, and more!

(SPOT.ph) October is right around the corner! Whether or not you're excited for Halloween, Netflix is setting the mood with thrilling new titles. In October, we're getting an awesome mix of horror, thrillers, and insane action movies. Not yet over Kate? Then keep an eye on My Name; just one of the cool titles to mark on your calendar.

Put these exciting titles on your Netflix Philippines watch-list for October 2021:

Jake Gyllenhaal is back! He stars in this remake of a Danish thriller as a 911 dispatcher trying to save an abducted woman. The story plays out over the course of just one morning as Joe (Gyllenhaal) scrambles to do what he can from the phone—only the things happening behind the call goes much deeper than it seems.

WWE's The Undertaker in an interactive "horror" special. Imagine trying to explain this to your late 2000's self. If you're in it for a bit of erm, well it's not really horror, but it does have nostalgia and weird humor, then this one's for you: Help the New Day wrestling trio escape The Undertaker's mansion in this interactive special.

There's Someone Inside Your House

You can't expect October to go by without the U.S. dropping a good ol' slasher flick. In this one, we follow high-schooler Makani (Sydney Park) who has just moved from Hawaii to a small Nebraskan town. When a killer suddenly appears and begins to well, kill people, Makani and her friends set out to uncover who it is before they become victims themselves. Fun fact: This film is an adaptation of American author Stephanie Perkins' horror novel with the same title.

If an elusive slow-burn type of narrative is more your style, check out this eerie looking film—just the trailer alone creeps us out! This Spanish-language film stays true to its name in that the plot isn't very defined: there's a mother, a woman far from home, and a David, who may or may not be a human child. It is based on a novel by Samanta Schweblin and was directed by Academy Award nominee Claudia Llosa.

Remember Han So Hee from Nevertheless, and World of the Married? Yeah, we almost didn't recognize her either. In this dark action movie, she stars as a woman out for revenge, going undercover as a cop after her father's murder.

Oh yes, Joe (Penn Badgley) and Love (Victoria Pedretti)—as a totally normal suburban couple with a newborn, somewhat aptly named Henry. It actually looks like the two might have a normal life, or so they want their whole new town to think. The new setting, and the new baby, soon bring up new problems, and it looks like their problem-solving skills hasn't gotten any saner.

Just in it for the gore and a fun story? How about this one: Benny (Jorge Lendeborg Jr.) is a freelance chauffer who ends up driving two strange women around. And by strange, we mean Blaire (Debby Ryan) and Zoe (Lucy Fry) are actually vampires—leading Benny to get swept up in the underground world of vampires in L.A. Oh, and yes, Megan Fox is there!

Adventurer Savvy Seasoned Netflix Streaming Services Staying In You My Name
Your Guide to Thriving in This Strange New World
Staying
In? What to watch, what to eat, and where to shop from home
OR
Heading
Out? What you need to know to stay safe when heading out