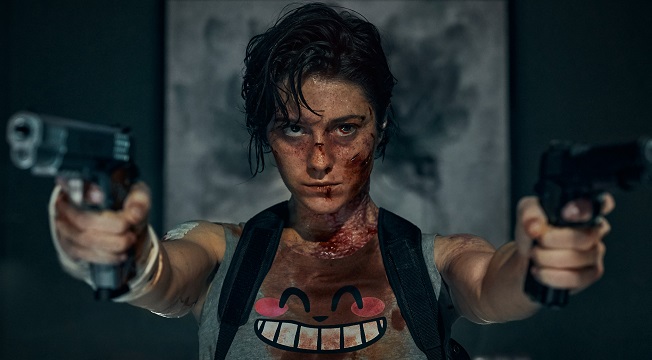 Deadpool 2, John Wick, Kate: A Fil-Am Stunt Coordinator Has Been Leaving His Mark on the Coolest Movies

(SPOT.ph) A new action flick starring Mary Elizabeth Winstead lands on Netflix today, September 10. She stars as Kate, an assassin who somehow ends up poisoned after bungling up a hit—leaving her just 24 hours to find out who did it and exact bloody, ruthless, revenge. The trailer is setting us up for one hell of a neon-filled ride with  the Birds of Prey star landing hit after hit.

And better yet, it turns out she worked with the same stunt coordinator on both movies, Jonathan "Jojo" Eusebio! Who yup, just so happens to be one of the Asian American martial artists you probably didn't realize have been working on some of Hollywood's biggest action flicks of late.

Also read: Meet the Filipina Engineer Who Makes Sure Your Netflix Doesn't Buffer

Eusebio teamed up with Winstead for both Kate and Crossbow Killer, sorry, we meant Huntress, in Birds of Prey. Winstead said in a Netflix interview that she loved working with him and the team. "He’s so smart in the way that he trains," she said. "He sets it up in this way where he can throw different stuff at you on set, and you can roll with it and do it because you're trained. And that’s an amazing feeling."

A post shared by Point of Impact MMA (@pointofimpactmma)

With Eusebio having worked on both Kate and Birds of Prey, we got to looking around for what other movies he's worked on—and it turns out he's one of the guys responsible for making sure the biggest franchises on the silver screen recently had epic stunts and fight scenes! Aside from Kate and Birds of Prey, he has also worked on John Wick 2 and 3, Deadpool 2, and over on the Marvel side, Black Panther, Doctor Strange, and The Avengers. IMDb lists down an impressive 76 credits for the martial arts fighter, going all the way back to doing stunts on the Charmed TV series in 1998.

You can spot the 47-year-old Fil-Am artist training at the Point of Impact MMA school in Orange County, California. Their IG account shows him working on the sets of movies like Deadpool 2, or sometimes just chilling. Plus, he even gave out cool tips on how to fight like they do in Black Panther in a video for Get Into Film.

"You know, you think you've done a lot and you've seen a lot on the job," Eusebio told NBC News. "But when I look at it in hindsight, it's actually a pretty big deal, especially the way things are nowadays, with diversity coming out more in the forefront."

Adventurer Savvy Seasoned Netflix Streaming Services Jojo Eusebio Staying In
Your Guide to Thriving in This Strange New World
Staying
In? What to watch, what to eat, and where to shop from home
OR
Heading
Out? What you need to know to stay safe when heading out