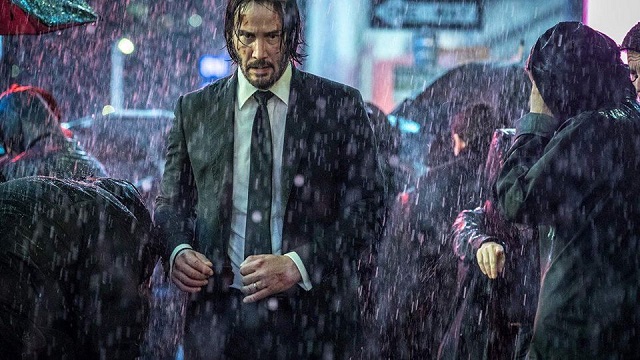 (SPOT.ph) PSA, John Wick fans! The three movies currently up on Netflix will soon no longer be a complete package. Several Hollywood blockbusters are slated to exit from Netflix Philippines this October, including the first two movies in the John Wick franchise. Yup, your days of opening Netflix and watching your fave big Hollywood movie might soon come to a close. The titles exiting soon are a mix of classics (e.g. Indiana Jones) to relatively more recent gamechangers (e.g. Crazy Rich Asians).

Also read: PSA: It's Your Last Month to Stream Legend of the Blue Sea on Netflix

First things first: Parabellum stays! The third installment will keep on kicking ass and erm, killing people creatively on Netflix. We suggest planning a day to marathon all three—and maybe even more Keanu Reeves movies—before the end date in preparation for John Wick 4 and 5.

Raise your hands if you sometimes watch that mahjong scene as a pick-me-up! There had probably not been these many Asians in one Hollywood movie since The Joy Luck Club in 1993 so you best believe we'll be rewatching this smart rom-com drama over and over again till it leaves.

Love hurts. Oh, and Ryan Gosling and Emma Stone sure can sing and dance. Those are our main takeaways from this acclaimed 2016 musical. Part true-to-life love-and-life story, part homage to old Hollywood musicals in bright colors, La La Land should be watched at least once.

Jim Carrey has played a lot of unforgettable roles, but Truman Burbank is one of those characters that are sure to stick with you for a very long time. This movie and its unique premise—centering around a man unaware that his entire life has been a reality show (not the Kardashian kind)—tells a story that remains all the more relevant today.

Harrison Ford fans, unite! It's your chance to catch these classic Steven Spielberg films before they leave Netflix, and if you've got younger fam at home who think Ford is just Han Solo, then it's time to introduce them to the archeologist-slash-adventurer Indiana Jones.