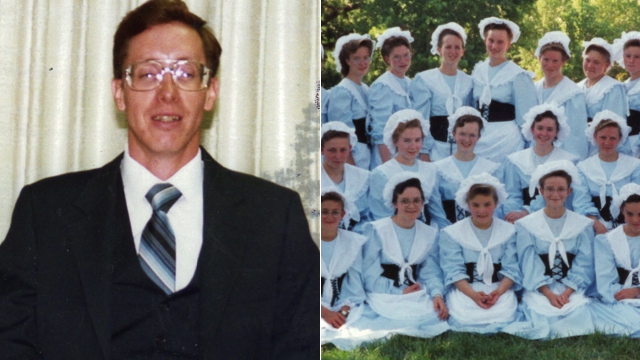 "It was weird for me, because I didn't know who my mom was," said one daughter.

(SPOT.ph) Living in the Philippines, we can all confidently say that we make choices of our own free will and not because of conditioning via upbringing or religion... well, actually, let's just put a pin on that for now. In that same vein, this new four-part documentary series on Netflix is sure to hit close to home for those with deeply religious upbringings, despite its subjects' rather bizarre and definitely illegal methods of expressing said beliefs.

The series titled Keep Sweet: Pray and Obey explores the inner workings of the Fundamentalist Church of Jesus Christ of Latter-Day Saints ("FLDS," for short, because we're not spelling all that out again), an offshoot of Mormonism that practices polygamy. The series explores the early days of the tight-knit polygamist community, how they believed more wives equaled better afterlife, and how their religious leader chose who married who in the community.

Keep Sweet starts off a bit disturbing—and we just recently streamed Our Father, so we're not easily rattled—but then it escalates to being quite depressing and chaotic, when one man in the FLDS assumes leadership under the title of "the Prophet" and declares a "benevolent dictatorship."

The documentary depicts religious leaders treating their followers as essentially cattle, wherein the women are to be rewarded to loyal devotees and the men have to prove their worth via manual, unpaid labor. The women do get the worst of it though, as they're forced into marriages at a young age (going as low as 12 years old) to men whose age are as high as 85 years old.

Thankfully, the documentary doesn't just keep circling around the shock value of a polygamyst community and examines the religious cult on an empathetic level. It goes into the psychological workings of these people who were taught from birth to believe everything that came from one man's mouth and whose tight knit bond as a community was formed because of those teachings.

This all before the, uh, sweet hits the fan and the last hour or so treats us to the community somewhat collapsing in on itself, with a nationwide manhunt, the FLDS members aiding a fugitive by filling up tomato cans with $300,000 week by week, the police raiding a temple and seizing over 400 children, and more.

Real crazy stuff going on in Southern United States—actually, the whole world in general. Probably inevitable before we're all featured on some four-part Netflix documentary ourselves. Fingers crossed, it's more inspiring than disturbing though.

Keep Sweet: Pray and Obey is now streaming on Netflix.

Also read:
Why Ai-Ai and Darryl Yap are Persona Non-Grata in QC, According to Councilor
The Johnny Depp-Amber Heard Trial is Not How Stan TikTok Paints it to Be