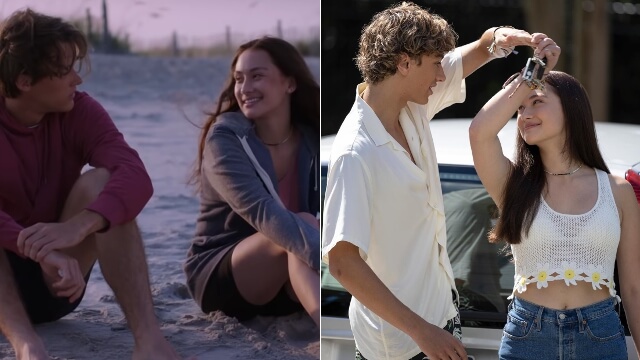 “Why Isn’t It on Netflix?” Here’s How to Stream Jenny Han's The Summer I Turned Pretty

The new series from the writer of To All the Boys.

(SPOT.ph) In this day and age of so many streaming services rising up, and with some being only available in certain countries (we're looking at you, Disney+), it's a bit hard to keep track of where all the hot, new shows and movies are available for us to stream. It almost makes us want to go back to the days of cable TV and channel surfing. Almost.

Take for instance the new, young adult series from Jenny Han, the writer of the To All the Boys trilogy. We've heard from people who've binged it all in a day and also from people who had no idea that it existed. A sign that we live in the times of hyper-specific content curation? Perhaps, but we think you should put this cute romantic drama on your watchlist, anyway.

Also read: From Noah Centineo to Pierce Brosnan: Here’s the New “Justice League” the Rock Will Be Fighting in Black Adam

Not on Netflix? Here’s Where to Watch The Summer I Turned Pretty

You can stream The Summer I Turned Pretty on Amazon Prime. Released last June 17th, the seven-episode first season of the series is available to be streamed by members with a Prime Video subscription. If you have an Amazon Prime subscription, simply log onto the streaming service to watch the series. If you don’t have a subscription, you can sign up for one at the official Prime Video website, at the price of P259/month or by starting a free trial (if you haven’t yet already).

The series follows Belly (Lola Tung), who meets two brothers during one of her annual summer vacations and, of course, just has to end up in a love triangle with the both of them. And you thought your sibling rivalry over trying to impress your parents with achievements in school was rough? Sheesh.

The first season adapts the first novel of the Summer trilogy of books that came out between 2009 and 2011. In fact, this trilogy of books was author Jenny Han’s first official foray into young adult romance fiction, and she’d later go on to write the To All the Boys trilogy—our previous love-triangle obsession—which came out as a trilogy of movies on Netflix.

The series was renewed for a second season, which will adapt the second novel of the trilogy, It’s Not Summer Without You, so still a lot of twists and turns await for the loyal followers of Team Conrad and Team Jeremiah.

Also read:
Lana Condor and Noah Centineo Reading Filipino Tweets Is the Kilig Vibes You Need Today
"2 Good 2 Be True" Is the New Rom-Com Teleserye Any KathNiel Fan Would Love to See

The Summer I Turned Pretty is now streaming on Prime Video.