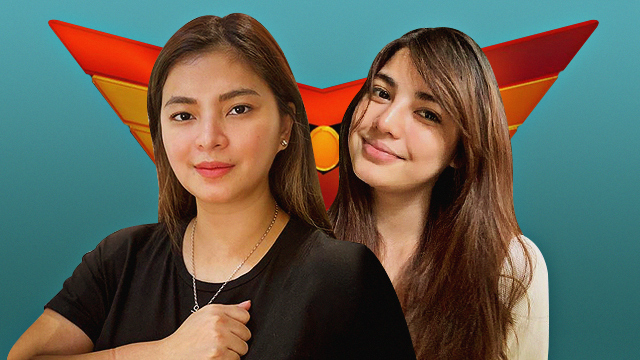 Angel Locsin and Jane De Leon: The Two Darnas on the ABS-CBN Issue

Seems people had very different takes on their opinions.

(SPOT.ph) Both have the heroic role of Darna attached to them—but it seems folks online couldn't help but compare the two. Angel Locsin, who played the Pinay superhero's arguably most popular incarnation in 2005, and Jane De Leon, who is set to take on the role in Jerrold Tarog's upcoming film, have both spoken out on the ABS-CBN closure. Only, their opinions resulted in a fiery debate on Twitter comparing the two Darnas' differing takes on the issue.

"Each of us has a different approach on how to resolve and overcome these challenges," wrote De Leon on an Instagram post. While she empathizes with the pain of those who lost their livelihood amid the ABS-CBN closures, she wrote that her support, "is not just measured by going out in the streets in this time of pandemic."

De Leon ended her message with a reminder that "PRAYERS are always the strongest and most powerful weapon in this time of crisis."

The new Darna's IG post comes a few days after Locsin's fiery speech at a noise barrage in support of ABS-CBN on July 18. "Huwag kayong matakot! Wala na kayong proprotektahan na career or image! Nandito na tayo sa panahon na kailangan ninyo magsalita!" said the actress during her speech, calling on her fellow network stars to speak up on the issue. Her main issue was the injustice of leaving over 11,000 employees with their livelihood at stake after the network's franchise renewal was denied by Congress.

Unsuprisingly, the differing ways in which the two Darnas took on the issue had Twitter all abuzz. After all, the two actresses are linked to the image of Darna, a superhero who fights for the people and an undeniable symbol of hope.

The Twitterverse couldn't help looking at the "old and the new Darna" side by side: Locsin is a fighter ready to take action, while De Leon's approach leans more towards "toxic positivity."

De Leon's comments on the ongoing noise barrages and caravans gave birth to the term "indoor Darna," with people pointing out that her message bellittled the efforts of the people who wanted to bring focus on the hardships of those who lost their jobs. But there were also those who came to the new Darna's defense, saying that there was just no winning no matter what the ABS-CBN stars say.

Meanwhile, this message popped up on Locsin's IG stories on July 20, along with a barrage of quotes about taking an active part in dissenting. She pointed out that it was ultimately your choice if you want to take out to the streets or not, "but making up an excuse to save face at the expense of those who are fighting for their lives is purely disgusting."

Whatever your take on this, you can't deny that Locsin has been out there taking action from the beginning, from providing tents for frontliners to donating blood. Darna or not, how could you not love her?

Adventurer Savvy Angel Locsin Jane De Leon Darna Abs-cbn
Your Guide to Thriving in This Strange New World
Staying
In? What to watch, what to eat, and where to shop from home
OR
Heading
Out? What you need to know to stay safe when heading out