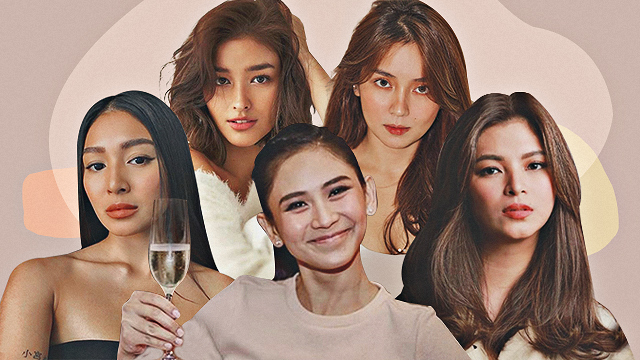 Locsin even thanked Sarah G after the latter posted a heartfelt letter.

(SPOT.ph) Angel Locsin delivered one heck of a speech during a noise barrage at the ABS-CBN headquarters in Quezon City on July 18. Amid her fiery delivery on the effect of the major network's closure on its 11,000 employees, she called on her fellow Kapamilya stars to speak up on the issue—a divisive topic that had social media abuzz all throughout the weekend.

After Sarah G's message, Locsin responded with a thank you through her IG stories on July 19, adding a "Mahal kita." The #ProtectSarahGAtAllCost hashtag trended on Twitter over the weekend after folks online felt Locsin's speech was a call-out to the Popstar Royalty.

Liza Soberano, meanwhile, clapped back at folks telling laid-off ABS-CBN employees to just look for another job in a Twitter thread on July 18. After sharing her new vlog, Soberano reminded people about more important issues to take note of. She also stressed that there are many Filipinos without jobs in the past couple of months, and that if it were easy to be employed during these times, "there wouldn’t be an outburst of emotions."

The loss of the network meant unemployment for people who were already struggling amid a pandemic to begin with she noted, saying, "Let’s continue to express how this makes all of us feel in hopes that our voices will be heard and the people responsible for this will gain empathy and understanding."

Kathryn Bernardo and Daniel Padilla were also present during the noise barrage on July 18. "Ang daming nakipagkaisa para sa 'yo kanina—mga tao na natulungan mo sa iba’t ibang paraan," wrote Bernardo on Instagram, pertaining to the network. Kathniel has made their presence felt thoughout the franchise renewal issue—and even after retrenchment and layoffs were announced.