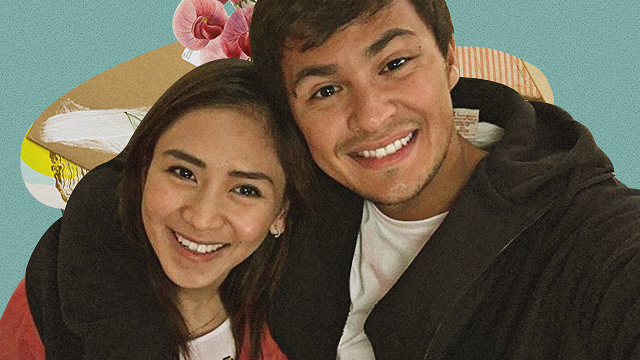 Finally: Sarah G and Matteo Take the Honeymoon They Deserve

Looks like they're finally able to leave "Divine Intervention" in the past.

(SPOT.ph) Something good finally happened in 2020—well, not in the larger spectrum of things, but hey, at this point we'll hang on to anything that'll make us happy, even vicariously. Sarah Geronimo and Matteo Guidicelli, a.k.a. "Ashmatt" (from Sarah G's full first name Sarah Asher), finally got to enjoy some time off and go on a well-deserved honeymoon! Celebrity doctor Vicki Belo dropped the news on her IG with a cute pic of the couple with her daughter, Scarlet Snow.

Mr. and Mrs. G (we're proclaiming the new nickname, fight us) were sporting breezy summer outfits along with the adorable Scarlet Snow, complete with protective face masks. Plus, it looks like Guidicelli brought along his extra-floofy samoyed, 04, and Scarlet has a puppy, too! We definitely approve of this fun crew for the Ashmatt honeymoon.

Earlier, Belo posted a cute snapshot of the trio's feet dangling from what looks to be a yacht zooming from the waters. The doctor asked folks to guess whose feet were in the pic, before confirming the news on July 23. No news on where they are exactly but based on Belo's snapshots, they chose to go to a beach somewhere.

The Gs were married earlier this year on February 20, meaning they were able to mark their five-month "anniversary" with a well-deserved and totally delayed but better-late-than-never honeymoon. You might remember when the news broke that the couple married in an intimate ceremony—complete with a surprise visit from Sarah G's mother, Divine (a.k.a. Mommy Divine), that reportedly ended with a whole lot of friction. Mommy Divine has earned quite the reputation for never finding any of her daughter's suitors good enough, but fingers crossed that's changed.

The Guidicellis have stayed on people's radars the past few months. The private couple shared little peeks into their married life, mostly through Matteo's IG account, and have been sheltering together since the quarantine began. The ABS-CBN franchise renewal issue also reached its height during this time—ultimately being denied early in July—with Sarah G speaking up on July 19 through an uncharacteristically personal post on her IG. With all that's happened since they got married, this delayed honeymoon is definitely a break they deserve!