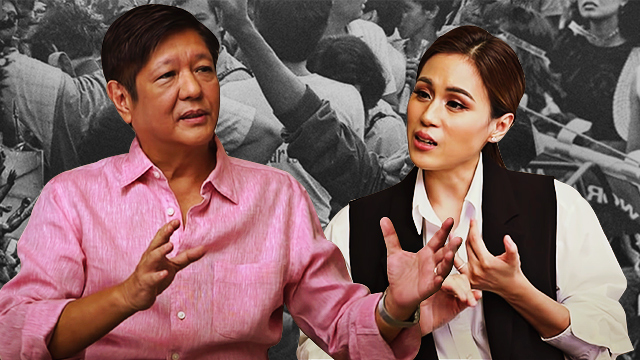 The actress recently interviewed the late dictator's son on her vlog.

(SPOT.ph) "Inviting the son of a murderous and corrupt dictator of our country to your show benefits no one," wrote the Ateneo de Manila University’s Martial Law Museum in an open letter to Toni Gonzaga. The celebrity interviewed Bongbong Marcos, son of late dictator Ferdinand Marcos, as part of her Toni Talks YouTube show on September 13—an interview that the museum called "an outright attempt at whitewashing."

"May we invite you to instead talk to the victims and surviving families of the Martial Law regime?" asked the digital museum in a letter posted to Facebook on September 15. According to them, Gonzaga's talk with the dictator's son "has contributed to the Marcos family’s attempts to whitewash their human rights violations and its proven historical record. Marcos is a lying clout chaser, desperate to change public opinion about historical facts as he has neither history nor truth to his side."

"Celebrities should use their platforms, influence, and privilege in order to aid the progress of the common good," said the museum. They added that they are ready to facilitate the event, explaining, "We think that hearing their stories and struggles will be much more inspirational for your audience than talking to anyone from the Marcos family."

Also read:
Imelda, Stage Mother: Thoughts on The Kingmaker
ICYDK: Imelda Marcos Caused a Lot of Buzz at the U.S. State Department Back in the Day

Toni Gonzaga's interview has gone controversial not just because it is the son of a late dictator we're talking about here, but also for the content. Entitled The Greatest Lesson Bongbong Marcos Learned From His Father, they discussed inane details like Marcos' favorite part of his house to more sentimental things like growing up in Malacañang and even how Bongbong inherited many of his father's mannerisms (among other things, supposedly). Words such as "Martial Law" and "Dictator" were never mentioned. Bongbong spoke of certain "lies" that have been "disproven" but did not elaborate on what "lies" and how they had been supposedly disproven.

Gonzaga has not responded to the reactions and calls online. "We really do hope that you will take this opportunity to talk and listen to the real heroes who suffered and fought against the Marcoses," closed the museum's open letter. They are also open to other creators who would like to take them up on the offer.

The conjugal dictatorship lasted from 1972 to 1986 when the Marcos family fled to Guam, as Bongbong said in the interview, before settling in Hawaii. Ferdinand Marcos is recognized by the Guinness World Records for the title "Greatest Robbery of a Government," citing that the "total national loss from November 1965 was believed to be U.S. $5 to $10 billion." Marcos came into office in 1965.

As for the victims of Martial Law, the names of those whose stories are known are enshrined by the Bantayog ng mga Bayani in Quezon City. You can visit their site to read up on these martyrs and heroes. The Ateneo de Manila University opened the Martial Law Museum in 2017 as "a communal response aimed at countering historical revisionism."

Adventurer Savvy Seasoned Marcos Toni Gonzaga History Staying In Hard News
Your Guide to Thriving in This Strange New World
Staying
In? What to watch, what to eat, and where to shop from home
OR
Heading
Out? What you need to know to stay safe when heading out