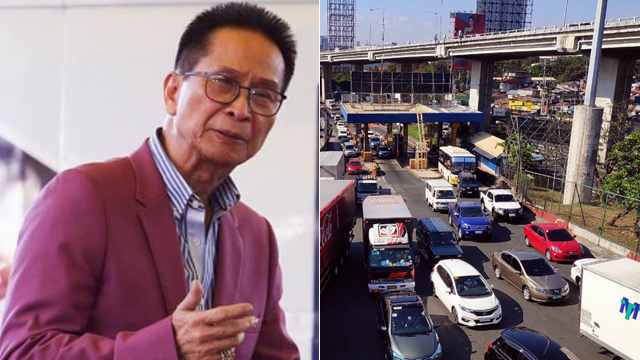 The Panelo Commuting Challenge: What It's Really Like to Commute in Manila

Here are just 10 of the many things that make up the experience.

(SPOT.ph) After standing by his statement that "there is no mass transport crisis" in Metro Manila, presidential spokesperson Salvador Panelo was challenged by various groups to take the public transportation. To prove a point, he has accepted this dare and will reportedly commute to work on Friday, October 11.

"Ang hindi ninyo alam, ako'y marunong mag-commute. Nagko-commute talaga ako. 'Yon nga, 'yong sabi sa 'kin na mag-commute, this has been the challenge. But I will accept," he said in an interview with DZMM on October 9. He also said in a separate interview that it's "a silly challenge."

We all know that it's not the most optimal commuting experience, though as a senior citizen, he has the option to ride the less-packed first coach. The LRT, which is near Malacañang, is arguably much more forgiving than the MRT. It's not payday Friday, and hopefully, there's no sudden downpour. Plus, there a whole list of other factors that commuters go through on a daily basis—and for most of us, it's not a challenge, but the reality of our lives.

Here are more challenges that come with commuting in the Metro:

Be as tiny as possible

This may sound absurd, but a seasoned commuter is well aware that no space is too small—may it be a standing-room-only bus or a jam-packed MRT—if you really want to go home. Kuya guard's encouragement, "Pasok pa po! Pasok pa po!," helps a lot, too.

Level up: Be as tiny as possible plus go through an obstacle course

After hours of waiting, you finally chance upon an empty seat at the back of the bus. You’re good for the next hour or so, but how will you get off on the next stop with people packed like sardines along the aisle?

MRT management may have claimed that most of their escalators are already up and running, but—let’s face it—it’s still down in places where we need it the most. Take for example, the escalator at the MRT Shaw Station that’s about two storeys high. For non-MRT commuters, there’s the notorious Mt. Kamuning, the really high footbridge along EDSA.

Go on a cancellation showdown with your Grab driver

Since taxi drivers in Metro Manila aren’t really our favorites, we have no choice but book a GrabCar. Yey, you got one—or so you think. The driver wants to cancel your booking, but that means getting a penalty; so he asks you to cancel on your own, which you don’t want to do either because it lessens your chances of booking another ride. Thirty minutes later, no one is budging.

Spend half of your travel time just lining up

Riding the MRT or LRT really tests your patience. You not only have to spend 30 minutes lining up to load up your beep card (the vending machines are busted….again!), take another hour to line up by the entrance, and then another 60 minutes waiting for your ride—if you’re lucky.

Read the body language of a possible pickpocket

Sometimes it’s easy to spot one, but most of the time, it’s not. So good luck!

Hold on for dear life from the back of the jeep

With the traffic, jeepneys don’t come as often as you’d like. Sometimes you’re left with no choice but to hang on from the back of one. The next level would be if you have to go through this challenge while it’s raining hard.

Entertain yourself with no phone on hand

You still have two hours of travel of left—that’s a whole movie on Netflix or iWant so maybe it’s all good. No! Because you’re out of juice.

You’re stuck in traffic after work, so of course you’re eating your dinner on the road. That means you have to drink water—and pray that you can hold your pee later on.

You know those signs that warn you against walking along the MRT tracks? That’s because doing it is not safe—except when the train breaks down in the middle of a trip and you have to go down. Bonus challenge: Try not to fall off a moving train while the door's stuck open.