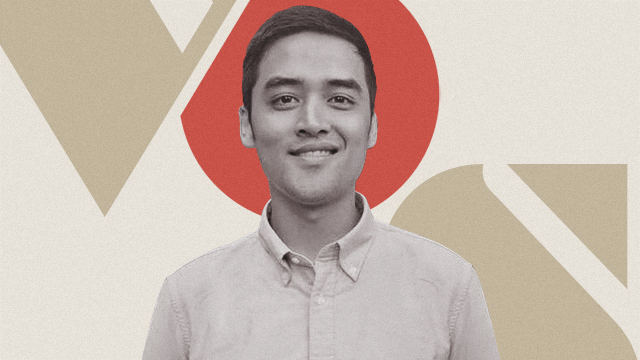 From Vico Lab to Butt Pics: The Funniest Quotes From Vico Sotto in the Past Year

He's handling the crisis with just the right mix of efficiency and humor.

(SPOT.ph) The past year saw the best and the worst in how government officials handle a national crisis like the ongoing COVID-19 pandemic. While some drew flak for not doing anything at all or for dealing with the situation with an iron fist, Pasig City Mayor Vico Sotto had the right blend of efficiency, compassion, and a healthy dose of humor.

Also read:
10 Things We Wish Pasig City Could Give the Entire Country
10 Times Vico Sotto's Instagram Account Was a Gift We Didn't Deserve
10 of Vico Sotto's Funniest Tweets Before He Became "Babe Mayor"

Here are some of the funniest lines that we heard from Pasig Mayor Vico Sotto in the last 12 months or so:

Sotto announced on August 7, 2020 that Pasig City is opening their own molecular diagnostic laboratory. So on Twitter, he asked his consitutuents to suggest a name for the new facility, but warned them not to give him "Vico Lab" for an answer.

Sotto and his colleagues are always busy at work, but they find time to goof around with their friend "panda"—a 3D augmented-reality version, of course. On March 28, 2020, he posted a photo on Twitter of the city's chief transport planner, Robert Anthony Siy, cutting coupons right beside "his friend panda." Since printers nearby are closed, Sotto's team had to print the food coupons allotted for public-school students and cut them manually, the mayor explained. A concerned citizen suggested that they use a guillotine paper cutter to make the work easier. But Sotto was quick to reply, "Meron kaming dalawa kaso yung isa inuupuan pa ng panda," and matched it with a photo of a bigger panda resting on top of a table.

Aside from Facebook and Twitter, Sotto also drops funny bombs on TikTok. On September 24, 2020, he showed off his basketball skills in dribbling—but without touching the floor and without sound. Turns out, it's late in the evening and he didn't want to wake his mom.

With the issue of that mañanita still fresh, Sotto reminded his staff on June 17, 2020 not to throw him a birthday party especially since "buhay na buhay pa si COVID." Instead, he asked people to just donate grocery food packs for those in need.

Sotto managed to make us laugh and throw some shade all in one go when he announced: "Wala po tayong 'Permit to Help'" on April 20. This is in connection with his administration's stance on whether community pantries need to secure permits. Earlier that day, Department of the Interior and Local Government Undersecretary Martin Diño said that they are requiring permits from your barangay or mayor's office before putting up a community pantry. The remark was later retracted by other officials of the same agency.

It's funny when taken out of context, but Sotto's quip via his Facebook Live on April 12 is not without basis. As it turns out, some newly vaccinated Pasigueños are sending him photographs of their injection site as proof of their vaccination. Most people are being inoculated on the arm, but some—like those with tattoos, as explained by Sotto—are injected on the butt cheeks. While the mayor is happy that people in his city are getting vaccinated, he can't say the same about the butt pics.

Staying In Vico Sotto Pasig Humor Adventurer Savvy Seasoned Government
Your Guide to Thriving in This Strange New World
Staying
In? What to watch, what to eat, and where to shop from home
OR
Heading
Out? What you need to know to stay safe when heading out