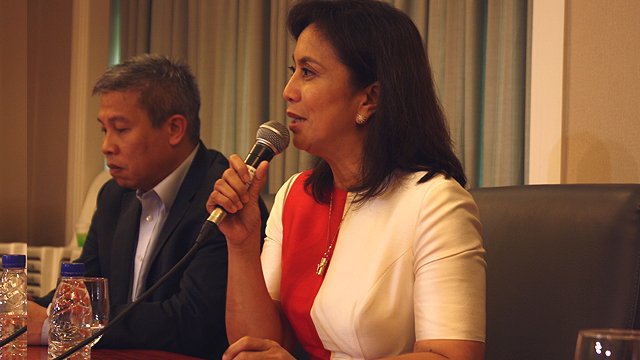 Check out her five key advocacies. 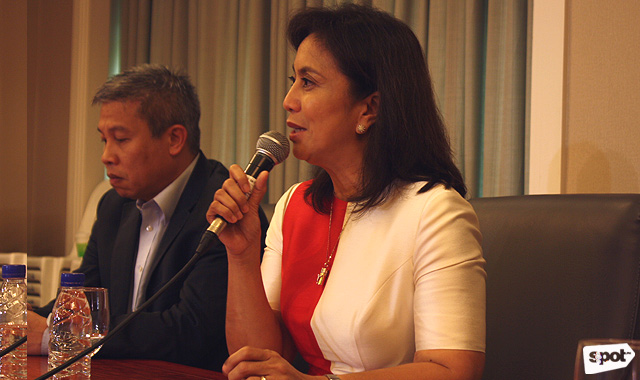 (SPOT.ph) During her inauguration on June 30, Vice President Leni Robredo said: "Ang sandaling ito ay hindi lang tungkol sa akin, ito ang aking pagkakataon na makasama ang nasa laylayan tungo sa mas maginhawang buhay." True to her promise, she focused on visiting remote and poverty-stricken areas in the Philippines, such as a small fishing community in the far-flung island of Alabat, Quezon and the poorest barangay in Camarines Sur, to understand the struggle of our countrymen in her first 100 days in office. Now that her advocacy team has a rough estimate on what these rural communities need (a.k.a. the demand side) through what they call the "Laylayan Visits," it's time to focus on the supply side. The Angat Buhay: Partnerships Against Poverty Summit on October 10 at the SMX Convention Center is the culmination of their efforts. 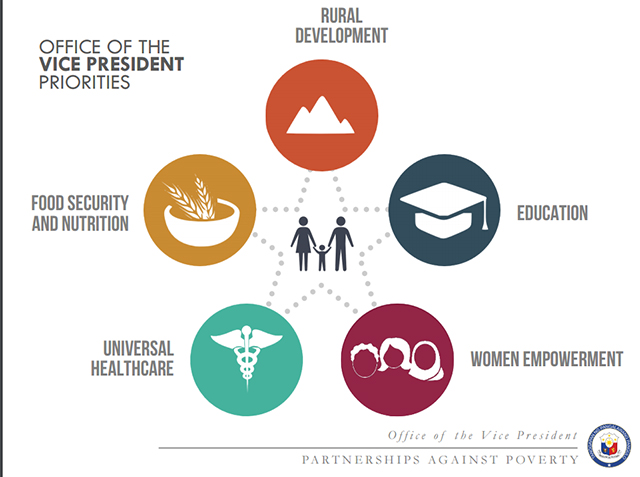 "Para itong marketplace na nando'n 'yong mga nagbebenta at nando'n 'yong mga bibili," Robredo explained in a press conference at the Office of the Vice President in New Manila, Quezon City on October 5. Prior to the summit, they were already in contact with non-government organizations, faith-based groups, international aid organizations, private companies, and individuals who are aligned with the five key advocacies of the Office of the Vice President's (OVP) anti-poverty framework. These are: food security, rural development, education, women empowerment, and universal healthcare.

The framework also focuses on the specific needs of each local government unit (LGU) rather than implementing it on a national level. In addition, instead of being quantitive on the output, the OVP sees to it that qualitative measures are also taken into consideration.

The Angat Buhay: Partnerships Against Poverty Summit will be attended by selected 60 municipalities who will be part of the first batch of the program. Some of the identified LGU partners are: Kiangan, Ifugao; Taysan, Batangas; Culion, Palawan; Bulan, Sorsogon; Salcedo, Eastern Samar; Siayan, Zamboanga del Norte; Kauswagan, Lanao del Norte; Sumilao, Bukidnon; and South Upi, Maguindanao. About 600 organizations have confirmed their participation and are expected to commit concrete projects to specific beneficiaries. The OVP will be closely monitoring the execution of the projects after the summit.

Poverty Summit Leni Robredo Metro Manila News Robredo Vice President
Your Guide to Thriving in This Strange New World
Staying
In? What to watch, what to eat, and where to shop from home
OR
Heading
Out? What you need to know to stay safe when heading out