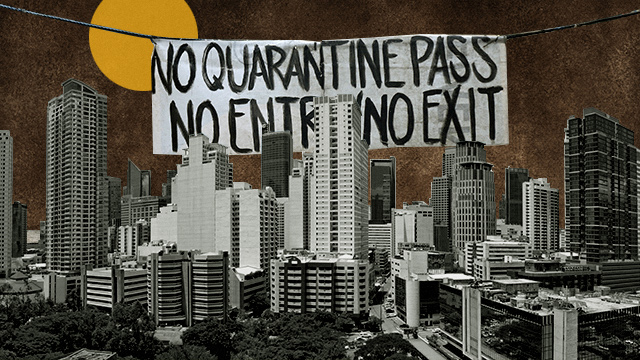 How much has changed and what has stayed the same?

(SPOT.ph) We’ll start by stating the obvious: We are now one year into the world’s longest lockdown. This time last year, Metro Manila went into a community quarantine that was initially scheduled to last for a month, and here we are now. We know it sounds depressing—and incredibly anxiety-inducing—but in case you wanted to see how the two dates compare and what went on in between, we round up some of the most important numbers and details.

Philippines During the Pandemic

Here are the two dates in a nutshell: On March 15, 2020, the Philippines had a total of 140 cases, fast forward 12 months and we are now at 626,893. Majority of those 140 cases in 2020 were in Metro Manila, with a 13-year-old from Quezon City being the youngest to test positive for COVID-19 in the Philippines. Day-to-day cases were jumping by double digits; we have been in the several-thousands for some time now—with a recent spike in the numbers yet again.

A lot, to say the least. We listed down some of the biggest developments in 2020, from the climb up to the quarantine’s start to its anniversary.

As a refresher, news about a mystery virus in Wuhan City in Hubei, China, broke in December 2019. As early as the latter half of January 2020, the Department of Health was investigating several cases of people who flew in from abroad with symptoms of COVID-19. President Rodrigo Duterte issued a travel ban on Chinese nationals from Hubei on February 3, 2020. On February 8, 2020, a team flew to Wuhan to pick up stranded Overseas Filipino Workers from what was then a COVID-19 hotspot.

By March 12, 2020, the World Health Organization had declared the COVID-19 spread a pandemic. Metro Manila was officially placed under quarantine on March 15, 2020. The quarantine was expanded to all of Luzon on March 16.

Where Do We Stand Now?

Remember all that talk about “flattening the curve” from the past months? It looks like we’re still not anywhere near achieving that. The Philippines remains to be included in the group of countries that need to take action, one year into the quarantine, based on the study of U.S.-based New England Complex Systems Institute. Data as of March 11, 2021 on EndCoronavirus.org puts 30 countries on the list of those “beating COVID-19,” 29 are “nearly there,” and 79 “need to take action”—and we fall under that last group.

The graph for the Philippines is looking extra-spiky compared to our Asian neighbors on both ends of the pandemic response spectrum is all we can say as non-scientists. The plot points refer to the number of new cases on that day, averaged with the numbers from the past week for a better grasp of how the infection is spreading.

Similarly, the Philippines has the highest numbers on the World Health Organization's tally for COVID-19 cases in the Asia Pacific region with more than half-a-million cases.

Metro Manila has consistently had the highest concentration of COVID-19 cases the past year. On March 14, the capital region accounted for 254,515 cases; Quezon City was at the top of the list of areas in the country with the most cases at 47,767. The recent spike has had city mayors agree to reinstate the 10 p.m. to 5 a.m. curfew hours starting, somewhat fittingly in a terrible way, on this “anniversary date.”

The Philippines During the Pandemic and After: What Happens Now?

Vaccines have arrived but given the slow pace of vaccination, there’s no telling when we’ll achieve herd immunity, or in other words, have enough people who are immune to the disease—either through vaccination or a previous infection—that the whole population is indirectly protected. The Department of Health aims to vaccinate up to 70 million people against COVID-19 by the end of 2021, ideally enough to achieve herd immunity. The entire vaccination program should be completed by 2023. That date could be earlier, if all goes according to plan, stated Health Undersecretary Maria Rosario Vergeire in early February.

The Philippines’ response to this pandemic ranked among the worst, according to an Australian-based global think tank, Lowy Institute. The Philippines ranked 79th out of 98 nations in their Asia Pacific index released January 2021, grouped together with countries such as India and Indonesia as “significant underperformers.”

There is no telling when the worst will be over—or if the worst is yet to come. We mark an entire year of quarantine on the Ides of March with a spike in cases, a probable return to stricter protocols, an unclear vaccination program, and what feels like perpetual uncertainty.

Adventurer Savvy Seasoned Hard News Covid-19 Government Quarantine City Life Explainer Staying In
Your Guide to Thriving in This Strange New World
Staying
In? What to watch, what to eat, and where to shop from home
OR
Heading
Out? What you need to know to stay safe when heading out