Maria Ressa Is First Filipino to Get a Nobel Peace Prize
Loading
Already a member? Log in
No account yet? Create Account
Spot.ph is your one-stop urban lifestyle guide to the best of Manila. 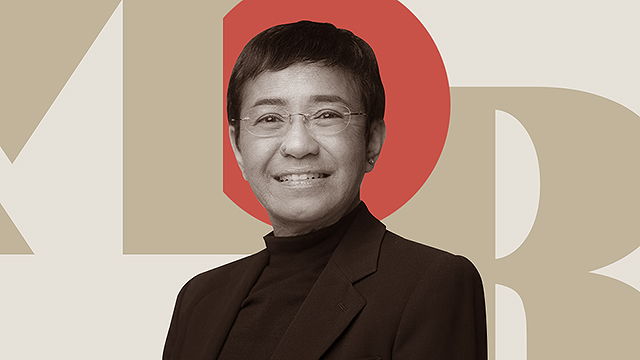 Maria Ressa was recognized for her "efforts to safeguard freedom of expression."

(SPOT.ph) Filipino journalist Maria Ressa on October 8 was conferred the Nobel Peace Prize by the Norwegian Nobel Committee, a five-member committee appointed by the Parliament of Norway. Co-awarded with Russian journalist Dmitry Muratov, they were recognized "for their efforts to safeguard freedom of expression, which is a precondition for democracy and lasting peace." This makes Ressa the first-ever Filipino to receive a Nobel Prize, an international recognition for contributions that have the greatest benefit to humankind in the areas of Physics, Chemistry, Medicine, Literature, and Peace.

Also read:
Media Is "One of Last Lines of Defense" Against Fake News, Says Risa Hontiveros
10 Thoughts on Press Freedom That Are Actually Just About Freedom
Maria Ressa Has Paid More Bail Than Imelda Marcos

"Maria Ressa uses freedom of expression to expose abuse of power, use of violence, and growing authoritarianism in her native country, the Philippines. In 2012, she co-founded Rappler, a digital media company for investigative journalism, which she still heads. As a journalist and Rappler's CEO, Ressa has shown herself to be a fearless defender of freedom of expression. Rappler has focused critical attention to the Duterte regime's controversial, murderous anti-drug campaign. The number of deaths is so high that the campaign resembles a war waged against the country's own population. Ressa and Rappler have documented how social media is being used to spread fake news, harass opponents, and manipulate the public discourse."

When asked by attendees if the awarding of the Nobel Peace Prize to journalists—instead of the usual peace advocates—is an expansion of the category, Reiss-Andersen explained that this isn't the first time that the distinction was given to members of the press. She pointed out that journalists have been given the Nobel Peace Prize as early as 1907, when Ernesto Teodoro Moneta was recognized for using his newspaper as a platform for his activism.

Then there's Carl von Ossietzky, who was conferred the Peace Prize in 1935 after exposing that the German authorities were secretly engaging in rearmament, which was a breach of the Versailles Treaty. The journalist, who was one of the critics of Adolf Hitler's regime, was imprisoned and sent to a concentration camp. Furious over Ossietzky's Peace Prize, Hitler refused to allow the Laureate to leave for Norway to accept the distinction and even prohibited all Germans from receiving the Nobel Prize.

Reiss-Andersen explained that the Norwegian Nobel Committee has always seen the values of freedom of expression in peacemaking and nation-building. The right to an informed public, which is the work of journalists, is necessary to develop democracy, according to her.

"There is an irony in today's world, we have more press and we have more information that the world has ever faced. At the same time, we also see the abuse and manipulation of the free press and the public discourse, as with fake news. This is one of the issues [exposed] by Maria Ressa, she is very critical to the use of Facebook to manipulate the public debate. Freedom of expression is full of paradoxes. Conveying fake news and information that is propaganda and untrue is also a violation of freedom of expression. And all freedom of expression has its limitations, that is also a very important factor in this debate," the Norwegian Nobel Comittee chair added.

The Nobel Prize was established in 1901 as indicated in Sir Alfred Nobel's last will from 1895. It is awarded to "those who, during the preceding year, have conferred the greatest benefit to humankind." The five categories are presented by the Royal Swedish Academy of Sciences (for Physics, Chemistry, and Economic Sciences), Nobel Assembly at the Karolinska Institute (for Physiology or Medicine), Swedish Academy (for Literature), and Norwegian Nobel Committee ( for the Peace Prize).