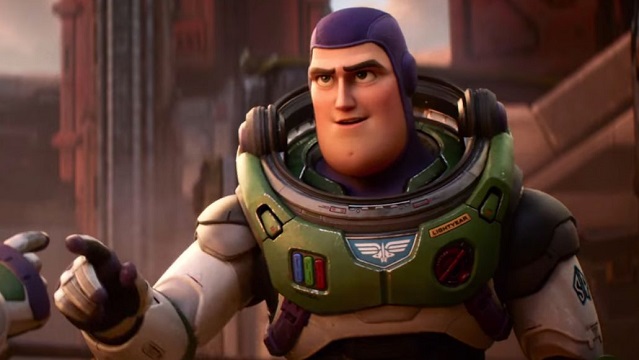 Lightyear Won't Be Taking Off in Other Countries

Around 14 countries appear to have gripes over a kiss.

(SPOT.ph) “Violation of the country’s media content standards,” is what the United Arab Emirates’ Media Regulatory Office said in a tweet on Monday, June 13 (yup, Pride month). This comes after the much-awaited Pixar animated film Lightyear was banned from screening publicly in the country—with a brief kiss shared by a same-sex couple in the Toy Story origin story being the most obvious point of contention. The movie was scheduled for release on June 16.

Also read: 10 Notable Movies We Almost Didn't See Because of the MTRCB

Middle-Eastern and Asian countries such as Saudi Arabia, Kuwait, Egypt, Indonesia, Malaysia, and Lebanon, among 14 others, will not be allowing the film to be screened in their cinemas. China, according to a Reuter’s report, will most likely follow suit.

Some of these countries have barred films with LGBTQIA+ representations in the past. Take Marvel's Doctor Strange and the Multiverse of Madness and Eternals in Saudi, for example.

“The office confirms that all films screened in cinemas across the country are subject to follow-up and evaluation before the date of screening to the public, to ensure the safety of the circulated content according to the appropriate age classification,” the United Arab Emirates’ Media Regulatory Office added. The tweet was accompanied by the movie poster with a "no" sign over it.

The same-sex couple in the film is Alisha Hawthorne (voiced by Uzo Aduba) and her spouse, whose milestones were shown and are integral in the film. Hawthorne, who is one of the main characters, is a female space ranger and Buzz Lightyear's (voiced by Chris Evans) close friend.

Disney has noted before that they will not be cutting this part of the storyline for any territory. Discussing the buzz over the same-sex storyline, Evans stated in an interview with Variety that "It’s tough to not be a little frustrated that it even has to be a topic of discussion. That it is this kind of 'news.' The goal is that we can get to a point where it is the norm, and that this doesn’t have to be some uncharted waters, that eventually this is just the way it is."

Lightyear premieres on June 15 in the Philippines.