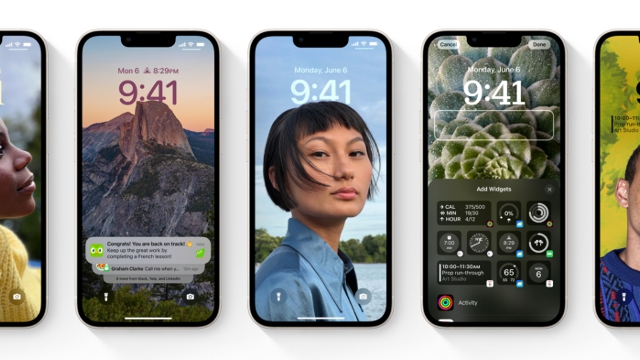 (SPOT.ph) After recently dropping new, top-of-the-line gadgets such as the iPhone 13, iPhone SE, and iPad Air 5 over the past year, Apple is still rolling full steam ahead, now with the announcement of its latest operating system iOS 16 at the Apple WWDC 2022.

Your Apple device's iOS is about to get a massive overhaul, with the major features affecting messaging, your lock screen, photo sharing, and more. Wondering if your iPhone will be affected? Apple has confirmed iPhones from the iPhone 8 (released in 2017) and later, as well as iPhone SE's (2nd generation and later) are the only ones compatible with iOS 16, meaning iPhone 6's and 7's will soon not be able to run the latest operating system.

Also read: The iPod Is Finally Gone; Here's a Throwback To Really Make You Feel Your Age

Here are the latest iPhone features coming with iOS 16 that we're excited about:

The most immediately handy takeaway from the unveiling of the iOS 16's features is the fact that you'll soon be able to edit recently sent iMessages and even unsend them entirely. That's right, no more messing up your "smooth" one-liners to your crush and no more accidental messages to your co-workers during off-hours. iMessage texters are soon to become unstoppable with their messaging game.

The next biggest change would be the expansive customization updates to the iPhone's lockscreen.  You'll be given more access to personalize your lockscreen with customization options affecting color fiter, digital clock font, and even separating the subject of your wallpaper from its background, with the operating system's more advanced image-scanning AI.

Notifications will also now appear from the bottom of the lock screen. You can also add certain widgets to appear below the time on your lock screen, for whatever suits your daily needs. Additionally, you can set up Live Activities on your lock screen to track things like live basketball games, the progress of your delivery, music apps, workout progress, and more.

Speaking of the advanced image-scanning AI, the operating system will allow you to tap and hold on to the subject of your images, which will separate it from its background and allow you to send it as somewhat of a sticker via messages. This makes it way easier for us to send pictures of cute dogs and of our friends caught looking dumb on camera.

iOS 16 is also introducing a new iCloud Shared Photo Library feature. You're allowed to participate in one photo library that's shared with up to five other people. You can share all your photos to this library or a specific collection of photos based on factors like start date or who’s in the photo. The camera app will even have a feature that’ll allow you to snap a photo for it to directly be added to the photo library.

You may also choose to enable a similar feature where photos are sent directly to the photo library if there are other members of the shared photo library nearby. This will no doubt be useful for vacations, family gatherings, or any other social get-togethers, where you and your mutuals can collectively preserve the moment.

No release date is currently set for iOS 16, but rumor has it that it may drop later this year when the iPhone 14 is announced, based on Apple's past track record of launching new operating systems.

For more information, check out the official Apple website.