Get 2 Bowls of Butao King for Less at Ramen Nagi for One Day Only
Loading
Already a member? Log in
No account yet? Create Account
Spot.ph is your one-stop urban lifestyle guide to the best of Manila. 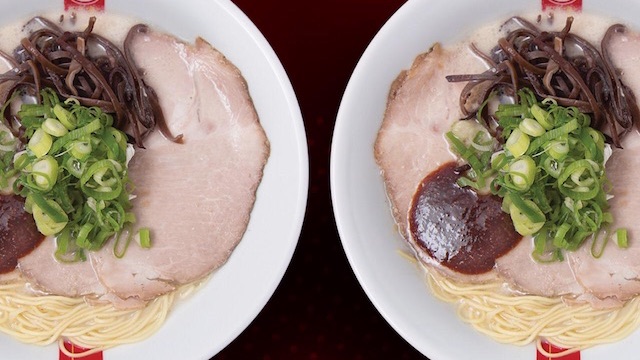 For One Day Only: Get Two Bowls of Ramen for Less

(SPOT.ph) Delish as ramen can be (especially when it’s chilly outside!), having it often can take its toll on your wallet. But Ramen Nagi wants to change that, even if for one day. On February 11, you can get two bowls of their signature Butao King for just P598. That's P192 off, considering each bowl usually costs P390. The offer is valid at their SM Aura, Greenbelt, SM Mall of Asia, SM North EDSA, UP Town Center, Trinoma, Robinsons Magnolia, Robinsons Ermita, Robinsons Galleria, Ayala Malls 30th, Eastwood, Ayala Feliz East, Signa Makati, One Bonifacio BGC, NAIA Terminal 3, Alabang Town Center, Greenhills, Ayala Malls Manila Bay, SM Baguio, Camp John Hay, SM Pampanga, and Nuvali Laguna branches. (Early Valentine's date, anyone?)

Ramen Nagi was founded in 2004 by Chef Satoshi Ikuta, who had experience working at other ramen shops for over a decade. It wasn’t until 2013 that the Japanese chain landed on the Philippine shores, offering their four signature “kings”—the Butao King, Black King, Red King, and Green King—which you can customize, as well as seasonal ramen flavors that keep ramen fans looking forward to something new every season.