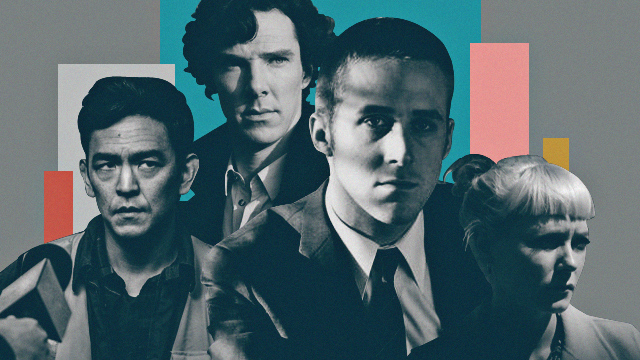 10 Things to Watch on Netflix If You're Into Mystery

From puzzling films to riveting series to disturbing documentaries-Netflix has it all.

(SPOT.ph) Thought-provoking mysteries—whether fictional or not—have the power to keep you hooked from from start to finish. More often than not, solving just one mystery (or, more accurately, watching it get solved) is never quite enough and will likely leave you hungry for the next one. Get ready to put your detective skills to the test because when it comes to the puzzling and uncanny, Netflix has a lot to offer.

Also read:
10 Movies and Shows to Watch on Netflix If You're a K-Drama Fan

To help you get started, here are some of the best mystery shows, movies, and documentaries you can stream on Netflix now:

Often compared to Stranger Things but undoubtedly brilliant in its own right, Dark is a German-language Netflix Original series that will have you watching from the pilot episode to the last. Children start disappearing without a trace in Winden, Germany, in 2019—just as they had back in 1986 and 1953, leaving the town shaken. Each episode reveals snippets of the town’s dark past and the secrets of the people living there, all entangled to form a mystery that spans three generations. Be warned: You’ll be left with more questions than answers the longer you watch.

Childhood friends reunite at a remote chalet in the small town of Valmoline for a wedding, but things take a turn when the bridge leading to the town collapses, isolating them from help. When sudden and mysterious “accidents” begin to take them out one by one, they realize they’re all in grave danger. Told in two timelines, each episode also reveal events that transpired 20 years ago, when a family of four suddenly disappeared from town without explanation, leaving viewers puzzling over what the past has to do with the present-day killings. This French thriller will keep you on your toes the whole time.

Though branded as horror, Requiem’s storytelling (despite what the trailer might suggest) veers away from using jump scares and instead makes use of brilliant storytelling and compelling visuals to reel you in. Matilda Grey’s (Lydia Wilson) life is turned upside down after her mother’s unexpected suicide. Still reeling from the shock and grief, she finds a box which contains press cuttings and a videotape relating to the disappearance of a four-year-old girl among her mother’s things. Intrigued, she sets out to find out more about the missing girl, aching to know how her mother might have been connected to it.

There are many existing adaptations of Arthur Conan Doyle’s classic mystery novels featuring Sherlock Holmes, but this modern adaptation is a favorite for many. This British crime drama series is centered around the life of the eccentric but highly intellectual Sherlock Holmes (Benedict Cumberbatch) and his partner Dr. John Watson (Martin Freeman). Each episode follows different crimes, but the overarching plot relating to his nemesis Jim Moriarty (Andrew Scott) is one the main reasons people just can’t get enough of this series.

Starring Brad Pitt and Morgan Freeman (need we say more for you to check this out?), Seven (stylized as Se7eN) is a 1995 neo-noir crime film centered around David Mills (Pitt), a rookie who partners with seasoned detective William Somerset (Freeman) to track down a serial killer, whose grisly murders appear to use the seven deadly sins as a motif. Fair warning: This is not for the faint-hearted.

Timely for its rather genius use of technology, social media, and the Internet as a medium of storytelling, Searching is a thriller-mystery following David (John Cho) as he desperately searches for his missing sixteen-year-old daughter. A local investigation is opened, led by assigned detective Rosemary Vick (Debra Messing), but he decides to take matters in his own hands when no substantial progress is met. Through his daughter’s laptop, David follows her digital footprints in search for clues.

Fracture is a thought-provoking legal drama that focuses on a battle of wits between district attorney William Beachum (Ryan Gosling) and Ted Crawford (Anthony Hopkins), a wealthy aeronautical engineer who’s on trial for the attempted murder of his own wife. There’s a lot of legal jargon thrown around, but the baffling case and unexpected turn of events will have you scratching your head and rooting for Willy to solve it (if only for your own sanity).

The documentary series sheds light on the a true crime story that shook the U.S. media in 2003: Pizza delivery man Brian Wells walked into a bank with a bomb strapped around his neck. He walked out after getting some cash but the explosive eventually detonated and killed him before the police had a chance to defuse it. Unpacking the real story behind the robbery—and how Wells ended up with a bomb latched onto him—Evil Genius is a fascinating documentary that's equal parts intriguing and disturbing.

This seven-episode documentary explores the unsolved murder of a nun in Baltimore. Sister Cathy Cesnik taught at the Archbishop Keough High School. Her former students believe that her death had something to do with her suspicion that Father Joseph Maskell, along other priests at the school, was sexually abusing students. Digging into a web of corruption and injustice, The Keepers is a riveting seven-episode documentary with the power to remind you how unfair the world can be.

Conversations With a Killer: The Ted Bundy Tapes (2019)

Perhaps there’s nothing quite as mysterious as the human mind, especially if it’s that of a serious killer as infamous as Theodore “Ted” Bundy. Often described as articulate, charming, and clean-cut, Bundy was a former law student who was convicted on the account of several sex killings, confessing—after more than a decade of denials—to 30 homicides between 1974 and 1978. Conversations With a Killer: The Ted Bundy Tapes tracks the different cases against him, revealing audio recordings from his conversations with a journalist before he was executed for his crimes.