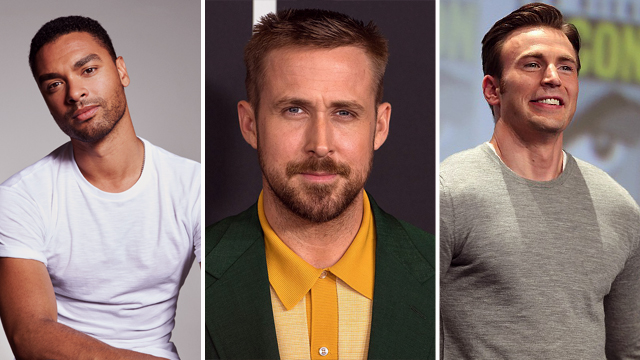 Here's what you should know about The Gray Man.

(SPOT.ph) Bridgerton breakout star Regé Jean-Page has officially been casted for The Gray Man, Netflix's biggest-budget feature film to date. Yup, the Duke of Hastings is heading straight into the much-awaited espionage film. And to make things even more exciting, he'll be joining the two leads Chris Evans and Ryan Gosling!

Jean-Page, Academy Award nominee Alfre Woodard, and Academy Award winner Billy Bob Thornton were the new names announced by Netflix on March 3 to round out The Gray Man cast. They will be joining Gosling, Evans, Ana de Armas, Jessica Henwick, Wagner Moura, Dhanush and Julia Butters. This big-ticket project will be directed by the Avengers: Endgame's Russo brothers, Joe and Anthony. We know all those names deserve major hype so we're listing down all the available details on The Gray Man below.

Here's everything you should know about Netflix's The Gray Man:

What Is The Gray Man About?

This spy film is based on the debut 2009 novel of Mark Greaney. It was the first book to feature Court Gentry, a.k.a. Gray Man, a freelance assassin and former CIA operative. Gosling will play the ex-spy who is hunted across the globe by Lloyd Hansen (Evans). No word yet on what other roles the others will take on!

The Russo brothers will direct the film, with a script written by Joe as polished by Christopher Markus and Stephen McFeely. The two are also producers, alongside Mike Larocca on behalf of AGBO, the artist-led entertainment company founded by the brothers in 2017. AGBO and Netflix have already partnered on a previous massive action flick starring another Avengers star Chris Hemsworth with Extraction. So if you liked that, then The Gray Man is definitely worth putting on your list.

What Are Netflix's Plans for This Big-Ticket Project?

Netflix is aiming for a James Bond-scale spy movie franchise with The Gray Man, reported Deadline. Their budget? Upwards of U.S. $200 million. This first movie is based on the first book of Greaney so you can definitely expect one heck of a storyline! "The idea is to create a franchise and build out a whole universe, with Ryan at the center of it. We have all committed to the first movie, and that’s got to be great to get us to the second movie," Joe said in the report.

"For those who were fans of Captain America: Winter Soldier, this is us moving into that territory in more of a real-world setting. That’s what this movie really means for us," Anthony told Deadline, who called the movie a mano a mano between Gosling and Evans.

When Can We Watch It?

Production is set to start in Los Angeles in March. With this flick being a global project though, with the two spies literally chasing each other across several countries, no release date has been announced. Meanwhile, we're definitely putting this down on our "Keep Watch" list.

Adventurer Savvy Netflix Streaming Services Rege Jean-page Ryan Gosling Chris Evans The Gray Man Staying In
Your Guide to Thriving in This Strange New World
Staying
In? What to watch, what to eat, and where to shop from home
OR
Heading
Out? What you need to know to stay safe when heading out