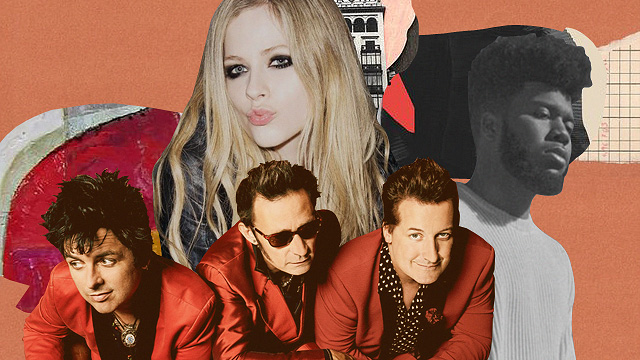 (SPOT.ph) A lot of artists had us jumping up and down and singing along at concerts in 2019—Ed Sheeran, Carly Rae Jepsen, Shawn Mendes, U2, and the Backstreet Boys, just to name a few—and it looks like 2020 will be another year full of fist-pumping shows for the Pinoy crowd. A few foreign artists have already announced that they're stopping by Manila, but we’re also hyped for upcoming shows featuring local acts.

Of course, it's only January and we've constantly got our fingers crossed that more shows will be announced, but we're listing down 10 concerts you might want to check out this year.

When: January 25
Where: New Frontier Theater
Former SM Entertainment star Tiffany Young is not actively promoting with girl group Girls’ Generation (for now!), but that doesn’t mean she’s not making music anymore. The 30-year-old singer is making a stop in Manila for part two of her Open Hearts Eve tour. Young has been to Manila with Girls’ Generation before, but this is the first time she’s performing for the Filipino crowd on her own.
Ticket prices: P13,250 (MVP), P9,010 (VIP A), P5,830 (VIP B), P6,890 (Loge), P4,770 (Balcony) via Ticketnet.

When: February 29
Where: Metrotent Convention Center
We find it hard to believe this is the first time Filipino artist Ebe Dancel is having his own solo concert, but we’re all for it. The former Sugarfree vocalist is performing his songs with The Manila String Machine. The show is to celebrate the 20th anniversary of the band and all of their songs, so our fingers are crossed he’ll play OPM classics like “Burnout,” “Makita Kang Muli,” and “Tulog Na.”
Ticket prices P3,500 (Gold), P2,500 (Silver) via Ticket2Me..

When: March 12
Where: New Frontier Theatre
It’s been 27 years since American pop-punk band Jimmy Eat World got together to give us hits like “Sweetness,” “Hear You Me,” and “Bleed American.” Yup, everything is fine and everything is alright because you can also sing along to their hit song “The Middle” when they come over.
Ticket prices: P4,500 (VIP A), P4,000 (VIP B), P3,000 (Balcony), P2,500 (Loge) via Ticketnet.

When: May 16
Where: New Frontier Theater
Known for his laid-back tracks like “Best Friend,” the chill and groovy “Loving Is Easy,” and “Sunflower,” Rex Orange County will have you jamming along when he performs live for the Manila crowd. We’re looking forward to the new tracks—”Face to Face” and “Pluto Projector”—from his 2019 album, Pony.
Ticket prices: P3,675 (Orchestra Standing), P2,625 (Loge), P1,575 (Balcony) via Ticketnet.

When: May 20
Where: Araneta Coliseum
If you’ve stowed away your mascara and eyeliner, now’s a good time to get them back because punk is making its return courtesy of pop-punk princess, Avril Lavigne. Known for her emotionally charged hit “Complicated,” the carefree “Sk8er Boi,” and the rebellious “Girlfriend,” the 35-year-old Canadian-French singer is visiting Manila again for a one-night only show.
Ticket prices: P8,925 (VIP), P7,875 (Patron A), P6,825 (Patron Box), P4,725 (Box Premium), P3,675 (Box Regular), P2,625 (Upper Box), P1,050 (General Admission) via Ticketnet.

UPDATE (January 13, 09:30 a.m.): This article was updated to correct the current status of Tiffany Young as a Girls’ Generation member.