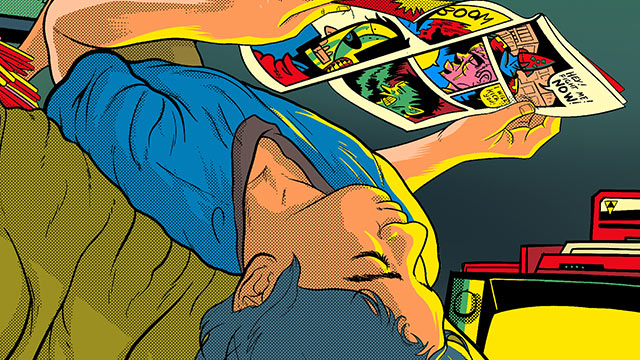 Director Raya Martin tries his hand at coming-of-age with Death of Nintendo.

(SPOT.ph) On January 12, the Taal volcano erupted, and while there was no lava involved, it covered several regions in the country with ashfall. Thanks to the Internet and social media, people acted fast, and plenty were quick to extend a helping hand. This might have been the first volcano eruption you remember in your lifetime, but the Taal eruption got people talking about the Mount Pinatubo eruption in 1991. Pinoy film Death of Nintendo is set in the '90s and follows four friends in Manila, just before the catastrophic eruption. The Raya Martin-directed film is set to premiere at the Berlinale Film Festival 2020 in Berlin, Germany on February 20.

This coming-of-age film zeroes in on four 13-year-old friends obsessed with video games, but must now confront the challenges of adolescence like love and circumcision.

Filipino-American writer and producer Valerie Castillo-Martinez was inspired by her own childhood experiences in the Philippines before she moved to the United States. While completing her Master of Fine Arts program at Columbia University, she finished the first draft for Death of Nintendo, and it was later awarded Faculty Honors in the university's Screenwriting Competition in 2016.

Having spent equal amounts of time in the Philippines and the U.S., Martinez began to fear that she would lose the precious memories of her youth. "It made me think of the simplest times I had growing up and summers in the Philippines. The '90s, in particular, were special," she shares.

The film comes at an apt time, with the country still keeping tabs on the once-again active Taal volcano, but Martinez explains that waking up to ashfall in 1991 was something she could not get out of her head: "I chose the year of the eruption of Mount Pinatubo because I remember the morning I woke up to seeing the ashfall—it’s a vivid image seared into my memory, and so visually that inspired the events around the story." Just like any '90s kid, Martinez saw herself at the cusp of technological advancement and traditional outdoor play, and decided to include it in the film. "Aside from peppering pieces of myself in each of the kids, the juxtaposition of videogaming with playing in nature is also what I think defines my generation. The nation itself was having an identity crisis as it was dealing with catastrophic events while the American military forces were departing the country," she adds.

Martinez and director Martin are childhood friends and old schoolmates, and the nuances and specificities of her time and her memories was something he understood off the bat. Having grown up in the same neighbordhood in the same way made it easy, but a shared experience is not where it ends: "What’s more is that we wanted the Philippines to be depicted specifically to our experience and not be exoticized or serve certain cultural stereotypes involving extreme poverty or crime," Martinez says.

Martin, who has worked on Independencia and Smaller and Smaller Circles, sees a deviation from his usual work, and it's one he welcomes due to the importance of the decade's effects on the generations to come. "I also remember it was the beginning of the Internet aside from the console wars, so we were really fascinated between this virtual new world and touching ground that I felt was unmistakable in her story," Martin supplies.

Death of Nintendo's first few versions saw boys in leading roles, but Martin and Martinez worked on creating a significant female protagonist that was just as important as the three other boys. Having grown up queer, Martin claims that this aspect is essential: "This time period had a lot of reckoning with the "boys club" mentality, just before our small suburban mindsets were forced to open up to a much bigger world."

The film is set to premiere in the Generation Kplus category, a collection of films specifically targetting younger film audiences. Other films in the category show the world and viewpoints of children, and according to Berlinale, the selection takes young people and their stories seriously, with kids in the lead roles in these films.

There's no trailer out for Death of Nintendo and we don't know who the characters are just yet, but it's set to star Noel Comia Jr., Kim Chloie Oquendo, Jiggerfelip Sementilla, John Vincent Servilla, Moi Bien, Nikki Valdez, Angelina Kanapi, Jude Matthew Servilla, Elijah Alejo, Cayden Williams, and Agot Isidro. The film is co-presented by IndieFlip and Black Sheep Productions, and it is expected to screen in local cinemas after its festival run.

Death Of Nintendo Raya Martin Valerie Castillo Martinez Indieflip Black Sheep Productions Berlinale Berlinale 2020 Adventurer Savvy Seasoned
Your Guide to Thriving in This Strange New World
Staying
In? What to watch, what to eat, and where to shop from home
OR
Heading
Out? What you need to know to stay safe when heading out