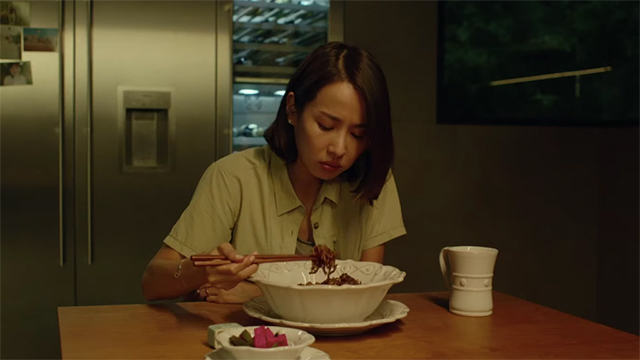 Parasite's English Translator Reveals How He Came Up With Ram-Don

The signature noodle dish actually has a different name in Korean!

(SPOT.ph) There is a world of brilliant films waiting for us beyond our mother tongue, but the language barrier does make it difficult to understand and fully appreciate a good movie. Thankfully, subtitles are a gateway to that unexplored teritorry, and they're only one-inch tall. Bong Joon Ho's Parasite is the first foreign language film to win Best Picture at the Oscars and although it's meant for a South Korean audience, subtitles have bridged the gap for English-speaking viewers. American movie critic and translator Darcy Paquet took care of the film's subtitles, and he revealed how he came up with the word "ram-don," the black noodle dish featured in the film.

In an interview on Koreanet's YouTube channel, Paquet says he just made up the word. "It sounds ridiculous. I just thought that people would laugh at me when I did that. But it works in the film," he believes.

In Korean, the word for ramdon is actually jjapaguri, an amalgamation of Jjapaghetti and Neoguri—two types of instant noodles produced by the South Korean brand Nongshim. Jjapaghetti has a black bean sauce base, while Neoguri is simply ramyeon. Mix them together and you get a noodle dish with its signature dark color and kick of spice.

He attributes people's understanding of the dish to how the scene was shot, since it carefully lays out the two different packs of noodles labelled ramen and udon. "Even though it's not ramen and udon, people understand that this was a word made by sticking them together," he shares. People are then able to understand that it's not just one dish, but a combination of two things.

Ramen and udon are two types of noodle dishes from Japan, and not Korea. Though from a completely different East Asian nation, Paquet shares that translating certain concepts for subtitles may be too long or require too much explanation, and folks like the directors and producers must prioritize the audience's understanding. In this case, ram-don was shorter than jjapaguri, and could quickly convey that it was a hybrid dish.

He admits that he has looked up the word before and chuckles at the fact that it's never been used prior. For a while, only people who have watched the film understood what ram-don was, but due to the Parasite's popularity and the how good the dish looked in the film, it comes as no surprise that everyone's been looking to try it, or even make their own.

Main image is a screenshot from Koreanet's YouTube video.

Ram Don Jjapaguri Parasite Darcy Paquet Adventurer Savvy Seasoned
Your Guide to Thriving in This Strange New World
Staying
In? What to watch, what to eat, and where to shop from home
OR
Heading
Out? What you need to know to stay safe when heading out