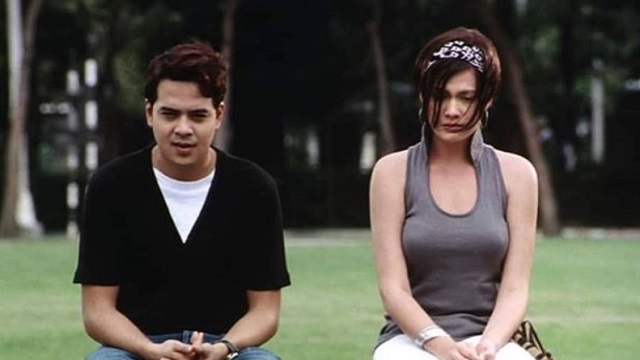 (SPOT.ph) Will the John Lloyd Cruz and Bea Alonzo tandem ever lose their magical kilig powers? When hell freezes over, maybe. And when you add blockbuster-after-blockbuster director Cathy Garcia-Molina into the mix, you just know you're in for something special. The director revealed her current lineup of movies in an October 9 livestream with NICKL Entertainment—and guess what, she is in talks for a much-awaited Cruz and Alonzo film!

After being asked by a commenter whether she has any movies currently in the works, Garcia-Molina replied with an exciting list. There's one with Kathryn Bernardo and Daniel Padilla, Liza Soberano and Enrique Gil, one with Vice Ganda, one with Alden Richards (who might just be paired up with Alonzo, too!), and, of course, "May John Lloyd-Bea."

At this point, though, the director clarified that these films are just in the development stage. "Tatlo na ang dumaan sa akin na puro meeting. Hindi po natutuloy-tuloy," she first stated. Garcia-Molina was quiet on which films exactly but fingers-crossed the Cruz-Alonzo reunion is part of the three currently in talks.

With the huge films now on her plate, the director explained that we may have to wait a while for production to start. "Marami kaso hindi natutuloy sa maraming dahilan." Health restrictions barred entertainment productions of any sort during the height of the quarantine. "Ang lola niyo takot lumabas," cheekily added the director, adding her concern for her two teenage children studying at home.

Garcia-Molina was at the helm of One More Chance (2007), the film that starred Cruz and Alonzo as Popoy and Basha—and cemented them as an unbeatable love team in pop culture. They followed it up with a sequel in 2015 entitled A Second Chance, which has also been a pop culture goldmine for quotes and lots of hugot. Now what are the chances this current project could complete the trilogy we have all been waiting for (with whispers about it starting way back in 2015)?

The director had everyone fearing for their quality drama content in 2018 when she announced her decision to retire from the film industry. But then Garcia-Molina blessed us all with Hello, Love, Goodbye—starring Bernardo and Richards—the following year. All the titles under her belt definitely has us wondering what she and the Cruz-Alonzo love team will serve up next!