Hyun Bin and Son Ye Jin of CLOY Confirmed to Be Dating
Loading
Already a member? Log in
No account yet? Create Account
Spot.ph is your one-stop urban lifestyle guide to the best of Manila. 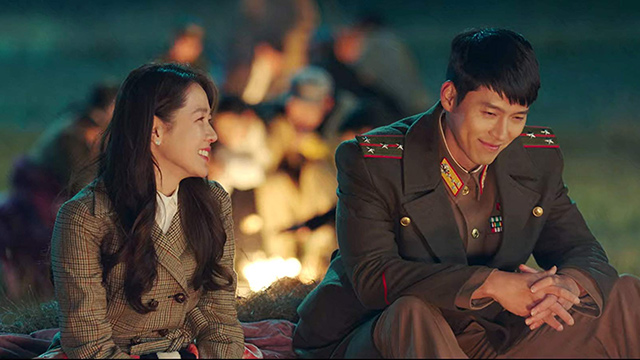 From reel to real!

K-Drama fans are in for a great start this 2021, as Crash Landing on You stars Hyun Bin and Son Ye Jin are confirmed to be dating! Soompi reports that both agencies of the actors have released official statements, stating that the two met through their acting projects, and eventually developed feelings for each other.

The updated report by Soompi quoted Hyun Bin’s agency VAST Entertainment, saying, “Actors Hyun Bin and Son Ye Jin met through their projects, and after the end of their drama, their positive feelings towards one another developed into a romantic relationship.”

MS Team Entertainment, Ye Jin's agency also confirmed the news, saying: "The two of them got to know each other through their acting projects, and after end of their drama, they developed an interest in each other and ended up dating."

The news of the two dating comes after South Korean media outlet Dispatch's earlier report. Dating rumors about them have been circulating since 2018 and were further amplified because of their intense chemistry on CLOY in early 2020. According to Dispatch, the two have been officially dating for around eight months now.

Dispatch reportedly spotted Hyun Bin and Ye Jin "exercising together" and "visiting a golfing center." In January 2020, they were also allegedly seen in America together.

In Crash Landing on You, Hyun Bin and Ye Jin play North Korean Captain Ri Jeong Hyuk and South Korean heiress Yoon Se Ri, respectively. They cross paths after Se Ri ends up in North Korea because of a paragliding accident. The series aired from December 2019 to February 2020 to much success—it was number one on Netflix's daily Top 10 list, right when the streaming service launched the feature. Their on- and off-screen chemistry had K-Drama fans (and even casual watchers) swooning—just take a look at these behind-the-scenes moments and see what we mean!

Can't get enough of the two? Here's a throwback to our 2019 interview with Hyun Bin and Ye Jin for CLOY, where they talked about their roles, destiny, and more.

This story originally appeared on Cosmo.ph. Minor edits have been made by the SPOT.ph editors.

Syndication Syn-00263 Adventurer Savvy Seasoned Crash Landing On You Hyun Bin Son Ye Jin Dating
Your Guide to Thriving in This Strange New World
Staying
In? What to watch, what to eat, and where to shop from home
OR
Heading
Out? What you need to know to stay safe when heading out