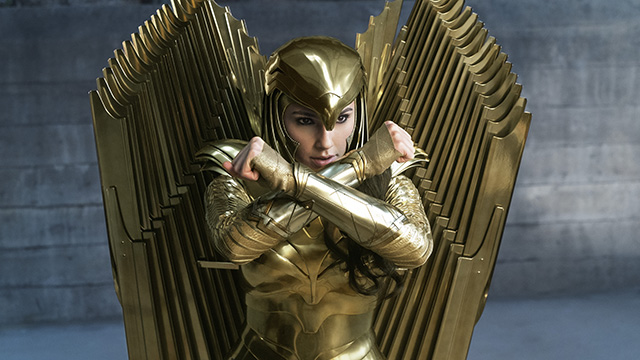 The Art of Creating Heroes and Villains, As Told By Wonder Woman 1984

Here's what the cast and director had to say about the film and its characters.

(SPOT.ph) In December 2020, Wonder Woman 1984—the highly anticipated sequel to the DCEU’s 2017 blockbuster Wonder Woman—premiered on HBO Max. Though cinemas in Manila have been mostly closed for over a year now and HBO Max is unavailable on local servers,  Wonder Woman 1984 (WW84) has finally hit our shores, officially landing on HBO Go on April 21.

Around the time of the film’s U.S. release, we got a chance to hear the director’s and main cast’s thoughts on the flick and their experiences working on it through a virtual press conference. For those of you who have already seen the movie—along with the many reviews and analyses that have popped up in the months since its premiere—their words may give you new insight and perspective on the film and the much talked about cinematic and narrative choices that went into it. And for those of you who haven’t had a chance to watch WW84, this look behind the camera might just make you more excited to finally see it. Don't worry, we’ll try to keep it as spoiler-free as possible.

"She’s only Wonder Woman in the last scene," said director Patty Jenkins of the titular heroine in the 2017 film she helmed. In WW84 Gal Gadot returns as the Amazonian demigoddess, "now full-blown Wonder Woman" as Jenkins puts it. The question the director most wanted to answer with the follow-up film was this: What would Wonder Woman want to say to the world today?

With that in mind, don’t be surprised if you find parallels between the (mostly fictional) political climate of 1984 and our own—these similarities may even be worth exploring in a second viewing. Film producer Charles Roven, who was also present at the press conference, shared that WW84's release was "the exact right moment in the culture of the world for somebody who was courageous and strong but also empathetic, truthful, and loving.

As its title suggests, Wonder Woman 1984 is set over 60 years after the events of its predecessory to the time of the Cold War where we meet a wiser, more mature Diana Prince—a far cry from the fish-out-of-water character we see in the first film. Gadot shared that she worked with Jenkins to discuss "the history of Diana" in the decades that had passed between the first film and the sequel and she describes the Diana of the film as a lonely figure, isolated from the world despite her goal of protecting it. And it's this mostly solitary character who must deal with the conflict that's to come.

Jenkins notes that where the first film was about Diana’s "discovery of humanity," the second looks closer at her "whole relationship with humanity." Though you'll get to see Wonder Woman’s relationship with humanity in action on a global scale when she dons her famous costume and fights baddies of all kinds, it's Diana's personal connection between her and those around her that is explored in detail—particularly through the lens of two vital characters: Kristen Wiig’s Barbara Minerva and Chris Pine in his much-awaited return as fan-favorite Steve Trevor.

Though we won’t spoil how Steve made it into the '80s in the first place, you won’t be surprised to find that the World War I pilot seems comically out of place in this decade. "That was, for me at least, the most interesting thing to explore… the idea of the man playing the kind of proverbial fish-out-of-water that’s usually played by the woman," says Pine of inhabiting his character. Fans of the pairing's charming chemistry in the first film will no doubt enjoy the role reversal. And as with Steve's character arc in the 2017 installment—which led up to his big sacrifice at the end—Diana finds her self in a similar position choosing between love and duty. Albeit, armored with a little more wisdom and hindsight.

Jenkins notes that aside from all the action and spectacle that is to be expected with most superhero films, she wanted to explore what it actually feels like to be a hero. Thus, Diana's internal struggles drive the film's conflict as much as its main villain does—or in this case, its two main villains.

They say the best antagonists are the ones the hero creates themselves—enter Barbara Minerva who eventually turns into the ferocious Cheetah. Comic-book fans will quickly see the parallels between Barbara and characters like Jim Carrey's Edward Nygma in Batman Forever or Michelle Pfeiffer's Selina Kyle in Batman Returns, following the trope of the "mousey-girl-turned-villain," as Wiig puts it. She notes, however, that she worked with Jenkins to give the character more depth and dimension than the stereotype might suggest. "What is it about her that makes her so lonely and so invisible and what does she really want?" were the questions she tried to answer with her performance. As far as the circumstances that lead up to Barbara's transformation, you'll have to watch and see for yourself.

Where Barbara is the villain who hits Diana a little closer to home—and who the heroine faces head on in a climactic, highly anticipated action scene—Maxwell Lord (Pedro Pascal) is the bad guy that the audience is more likely to expect. A man with delusions of grandeur and greedy intentions to back it up, Maxwell is the character who catalyzes the huge action scenes and catastrophic, world-ending conflicts that many will be looking forward to upon first viewing.

But that doesn't mean he's all flair and no substance. "No matter how dark of a character it is," says Pascal, there's a sense of humanity to be witnessed and he credits the director for her dedication to creating three-dimensional characters no matter their position in the moral spectrum. That being said, viewers may be surprised what exactly becomes of Maxwell Lord at the end of the film and what happens when he and Diana finally face off.

Perhaps that's the part of WW84 that will keep fans thinking even as the credits start to roll. The film offers no black-and-white moral dilemmas, only several characters with different (often opposing) motivations and the points at which each of them clash. Pascal put it best: "I call it the Patty Jenkins experience."

Wonder Woman 1984 is now available to stream in the Philippines on HBO Go.

Warner Bros Entertainment Wonder Woman Wonder Woman 1984 Gal Gadot Patty Jenkins Chris Pine Kristen Wiig Pedro Pascal Staying In Movies Streaming Hbo Go
Your Guide to Thriving in This Strange New World
Staying
In? What to watch, what to eat, and where to shop from home
OR
Heading
Out? What you need to know to stay safe when heading out