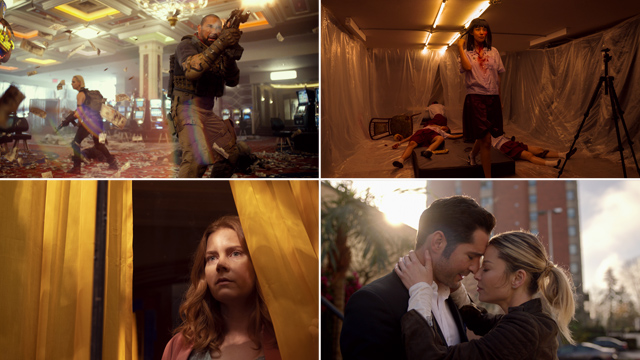 10 Exciting Titles Coming to Netflix This May

From the return of Nanno to an epic Zack Snyder blockbuster.

(SPOT.ph) Can you believe May is coming up real soon? We can't either. Slow time down—or speed it up—with the most binge-worthy titles coming to Netflix this May! We've got new thrillers, epic action flicks, drama, plus much-awaited seasons coming right up.

Check out the most exciting titles coming to Netflix Philippines this May:

Why you should watch it: Nanno (Kitty Chicha Amatayakul) and her creepy-charming self is back for more retribution in the second season of this Thai thriller. In this season, she's not alone in tackling social injustices with the introduction of a new character. Is she a friend or an enemy? Watch and see.

Why you should watch it: A trucker reaches the major milestone of reaching 500,000 kilometers on the road—only to have his job threatened by the new guy he must train. Based on the trailer alone, this film moves slow but is heavy enough to stay on your mind for a long time.

Why you should watch it: This upcoming series will focus on the next generation of superheroes taking up their parents' mantle, or at least, trying to. Think of it as a darker,  more epic, adult version of We Can Be Heroes.

Why you should watch it: Need to jumpstart your cold, dead heart? A mismatched uncle-and-nephew duo work together as trauma cleaners for three months, delivering the untold story of the departed to the ones left behind.

The Woman in the Window

Why you should watch it: Agoraphobia has left psychologist Anna Fox (Amy Adams) confined to her home. When she begins spying on the family that has just moved in, she sees much more than she should have. TBH, we just can't get enough of the acclaimed Adams.

Why you should watch it: Love, Death & Robots came crashing in all its borderline-disturbing strangeness in 2019—and fans will be glad to know that a second anthology is  finally coming! The trailer gave us everything and nothing at the same time, so we'll definitely have to keep our eye on this one. Anyone else spot that giant foot?

Army of the Dead

Why you should watch it: You probably know of Zack Snyder and definitely know Dave Bautista. Also, zombie tiger.

Why you should watch it: From creator Justin Leach (Ghost in the Shell 2) and directed by  Yasuhiro Irie (Fullmetal Alchemist) comes this story about a group of robots raising what is possibly the last human child. Get ready for some major feels.

Why you should watch it: Like you needed any more reason.

Why you should watch it: Creator Ryan Murphy is back at it! This time, he's bringing to our screens the tumultous story of the first American celebrity fashion designer—and he'll be played by Ewan McGregor.

Adventurer Savvy Netflix Streaming Services Army Of The Dead Zack Snyder Staying In
Your Guide to Thriving in This Strange New World
Staying
In? What to watch, what to eat, and where to shop from home
OR
Heading
Out? What you need to know to stay safe when heading out