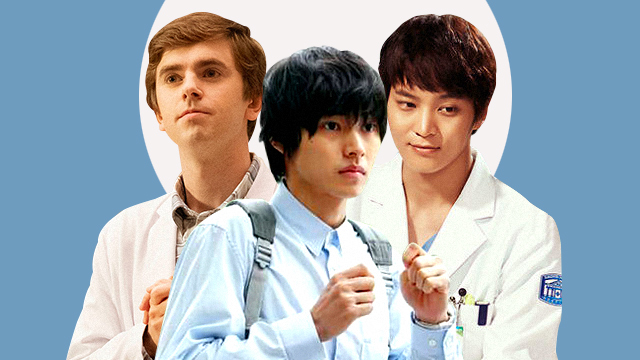 (SPOT.ph) The U.S. version of The Good Doctor currently has Pinoys absolutely hooked over on Netflix. Focusing on an unusually gifted surgeon on the autism spectrum, the medical series has landed on the top spot of the trending list! It currently has four seasons but while you're waiting for the fifth one, it looks like you have a lot of choices as to what to stream first. There's the OG 2013 South Korean version—also up on Netflix—and there's even a 2018 Japanese take! Yup, there's a Japanese drama, too, and it's called Guddo Dokuta.

Also read: The Good Doctor Is Based on a South Korean Series That Deserves All the Attention Too

How Is the Japanese version of The Good Doctor different?

Oh yes, that is Kento Yamazaki, who played Ryohei Arisu in Alice in Borderland! He starred in this 2018 take on The Good Doctor (a.k.a. Guddo Dokuta, get it?) as Minato Shindo. Like the OG 2013 South Korean version's Park Si On (Joo Won) and the U.S. version's Shaun Murphy (Freddie Highmore), Minato is also a savant whose troubled past has set him on a path to become a pediatric surgeon.

What makes this take standout is that uniquely poignant and hopeful Japanese touch. While the OG South Korean drama will also draw you in deep to the good doctor's story and the U.S. version amps up the stakes and adrenaline, the cleaner storyline of the Japanese version will have you hooked too.

The Japanese version has a short-but-sweet run of 10 episodes. The K-Drama has 20 episodes, while the U.S. version currently has 76 episodes, with its fifth season dropping in September. Guddo Dokuta is not up for streaming on local platforms but you can buy it through Fuji TV's JET site.

Adventurer Savvy Seasoned The Good Doctor Netflix Streaming Services K-drama Staying In
Your Guide to Thriving in This Strange New World
Staying
In? What to watch, what to eat, and where to shop from home
OR
Heading
Out? What you need to know to stay safe when heading out