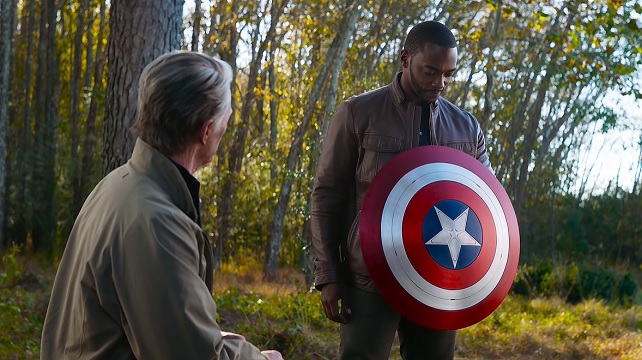 Anthony Mackie Will Carry the Shield for Captain America 4

Great news, The Falcon and the Winter Soldier fans!

(SPOT.ph) Anthony Mackie will finally be leading his own superhero film for the Marvel Cinematic Universe! Yup, he is carrying the shield for Captain America 4. Deadline reported on August 18 that the actor has closed the deal for the next installment in the Captain America storyline. Details have been kept well hidden by Marvel Studios, but we definitely think it's about time the Falcon got his own movie—and as the Cap's successor to boot.

Also read: Marvel's Eternals Are Here. But Wait, Who Are They, Exactly?

It has been around two years since that pivotal scene in Avengers: Endgame where the old Captain America (CGI-ed Chris Evans) gave Sam Wilson, a.k.a the Falcon, IRL Mackie, the shield. MCU followed that up with The Falcon and the Winter Soldier Disney+ series, cementing Sam Wilson in his new role, and arguably more importantly, gifting us with the comedic duo that is Sam and Bucky Barnes (Sebastian Stan).

Mackie first became a part of the MCU in the 2014 Captain America:
The Winter Soldier as a member of the U.S. Air Force. He has been in six Marvel movies as Sam Wilson, the Falcon.

The Falcon and the Winter Soldier head writer and creator Malcolm Spellman alongside series staff writer Dalan Musson are also in charge of the script for Captain America 4. Whether this means Bucky Barnes is a sure part of the movie is not clear. No director has been announced.

There is also another big-ticket project underway at MCU that may bring back the OG Captain America, Chris Evans, Deadline added. Now BRB while we start manifesting Disney+ in the Philippines!

Savvy Adventurer Seasoned Anthony Mackie Captain America Marvel Cinematic Universe Mcu
Your Guide to Thriving in This Strange New World
Staying
In? What to watch, what to eat, and where to shop from home
OR
Heading
Out? What you need to know to stay safe when heading out