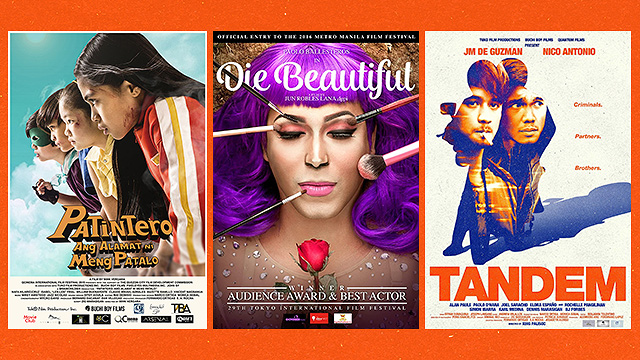 Lots of modern classics to choose from.

(SPOT.ph) Not too long ago, catching great local movies meant attending film festivals like Cinemalaya, QCinema, and the Metro Manila Film Festival or, if you’re lucky, lining up at micro cinemas or mall theaters for limited runs. It can get quite difficult, particularly when screening schedules don’t align with your personal schedule, but being able to discover great storylines you don’t often see on the big screen makes it all worth it.

The good news is that watching these kinds of films is as easy as opening a streaming app, readily available to be streamed from your gadget of choice. In case you're looking forward to a Pinoy-films marathon, streaming platform iflix has you covered.

Also read:
The Ultimate Subscription Guide: Which Streaming Service Should You Get?

Check out these iflix Filipino movies for your next binge-watch session:

With Jun Robles Lana at the helm, Die Beautiful is a powerful story of the triumphs and losses of a transgender woman and beauty queen named Trisha (Paolo Ballesteros). It plays the story in reverse, in the sense that the movie starts with Trisha’s untimely death just as she was crowned winner at a major beauty pageant, with the story of her eventful life told through flashbacks. Although hilarious at times, the movie shows great depth and will surely tug at your heartstrings.


A film by Ida Anita del Mundo, K’na, the Dreamweaver seamlessly weaves elements of folklore and realism together into one visually stunning film, while offering a rare glimpse of the life and beliefs of the T’boli tribe in South Cotabato. Mara Lopez stars as K’na, a young princess chosen by their gods to be their village’s dreamweaver. But in order to fulfil her destiny, she must make sacrifices of her own, too.


Sure, Joel Ruiz’s Kung Paano Siya Nawala is a love story, but it stands out from the sea of Pinoy romances by employing flawed yet well-rounded characters and injecting and building on a special element—in the form of Lio (JM De Guzman), who suffers from face blindness—to add depth and drive the story forward. Rhian Ramos plays Shana, an equally interesting and nuanced character who makes up one-half of the couple in this movie.


Directed by Nuel Crisostomo Carvajal, Miracle in Cell No. 7 is a Pinoy remake of the 2013 Korean tearjerker by Lee Hwan Kyung about a mentally impaired man (Aga Muhlach) who gets wrongfully accused of rape and murder of a young girl, as well of his own daughter and the hardened criminals who helped the father and child get together even as the former is in prison. If you haven’t seen the original, be warned: you will probably cry as you watch the story play out.

Described as a “noir-infused” thriller, Neomanila by Mikhail Red is said to take idea from the infamous “war on drugs” and puts the spotlight on extrajudicial killings. The story is told from the perspective of hitmen (played by Eula Valdez and Rocky Salumbides) as they cruise through the underbelly of Manila at night—shown here bathed in neon lights here and there, but bleak and gritty all the same.

As kids who grew up playing street games with the neighborhood kids in the years sans internet, you’re most likely to find Patintero: Ang Alamat Ni Meng Patalo by Mihk Vergara a relatable, nostalgic, and entertaining watch all at once. As its title says, this movie is about a grade schooler named Meng (Nafa Hilario-Cruz), who loves to play patintero but is just very bad at it. It’s a cute, funny, and heartwarming movie, and might just remind you of your own childhood.

King Palisoc’s Tandem is yet another film that puts the spotlight on crime in the Philippines; in particular, thieving, murders, and other crimes committed by “riding-in-tandem” criminals. This movie follows brothers-slash-criminals Roman (Nico Antonio) and Rex (JM De Guzman)—which allows the audience to have a glimpse of their relationships between one another and with their family. All told, Tandem is gripping and shocking.

Melancholic and understated, yet charming is just one way to describe Lemuel Lorca’s slice-of-life drama set in Mauban, a municipality in the province of Quezon. Junjun Quintana as Filemon, a smart yet socially handicapped man, leads a cast of characters, whose stories and personal longings we see as the story goes along. Water Lemon seems a straightforward story about “smalltown blues” and people suffering from ennui and a desire to leave home for faraway places, yet it is also a reflection of certain social issues.

In Women of the Weeping River, Sheron Dayoc employs non-actors to tell the story of rido or blood feuds in Mindanao, where conflict is rife and has been so for decades. The movie puts at the fore the pain and the brutality the aforementioned women in the movie find themselves caught up in—and perpetuate themselves, eventually. Women of the Weeping River is a heavy film, but one that is eye-opening.

Based on the bestselling novel of the same title by F.H. Batacan, Smaller and Smaller Circles by Raya Martin is a crime thriller with an ensemble cast led by Nonie Buencamino and Sid Lucero, who play the roles of Jesuit priests trying to crack the mystery behind the murders of young boys in the slums of Payatas. Dark and raw, this movie also touches on corruption by the powers-that-be.

Adventurer Savvy Seasoned Streaming Services Guide Greener Con-00263 Iflix Smaller And Smaller Circles Women Of The Weeping River Water Lemon Patintero Ang Alamat Ni Meng Patalo Neomanila Miracle In Cell No 7 Kung Paano Siya Nawala K Na The Dreamweaver Die Beautiful Pinoy Movies
Your Guide to Thriving in This Strange New World
Staying
In? What to watch, what to eat, and where to shop from home
OR
Heading
Out? What you need to know to stay safe when heading out