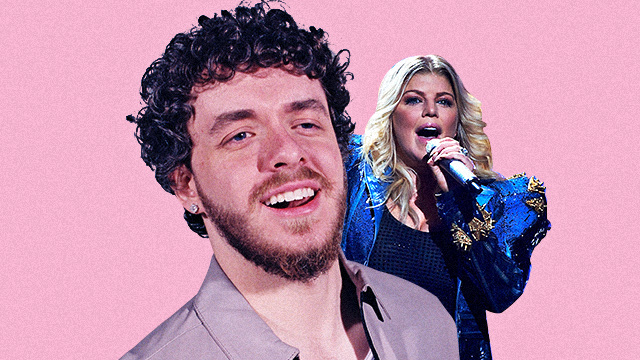 (SPOT.ph) Going about your daily grind in the past month, you may have heard the distinctly familiar tune of a woman spelling out “GLAMOROUS” over catchy hip-hop R&B tunes. “Oh my God, I love this song,” you probably said thinking it was Fergie’s hit from 2007. You turned up the volume, only for the song to shift to the sound of an eagle’s cry followed by an unfamiliar voice rapping unfamiliar lyrics.

You initially brushed it off as another one of those radio remixes, but then you start hearing the same riff off the “Glamourous” chorus at other places; at bars, at the beach, at a family gathering with your little cousins, and so on. One would rightfully think, “why am I hearing a new version of ‘Glamorous’ all of a sudden?”

This ‘new’ version of the Fergie bop “Glamorous” was brought to us by hot, up and coming Kentucky rapper Jack Harlow and his new song “First Class,” the debut single of his recently released album Come Home The Kids Miss You. You most likely would’ve previously heard Harlow featured on Lil Nas X’s “Industry Baby” or on his own collab remix of “Whats Poppin,” featuring DaBaby, Lil Wayne, and Tory Lanez—and while you’re here, might we suggest his hilarious interview with Druski on Complex.

The point being that Harlow still has only a minor (but definitely growing) presence within the wider public’s consciousness. The use of sampling Fergie’s well-known hit to boost the playability of his album’s debut single—because honestly, the song falls apart without it—was definitely a strategic way to hitch a ride on an existing relationship to sell his own music.

And that’s not a knock on Harlow or “First Class.” Artists, not just in the music history, have been sampling, appropriating, and building upon works of art from earlier sources for almost the entirety of history. In the world of music sampling, a most notorious (no pun intended) example would be The Notorious B.I.G.’s posthumous hit “Hypnotize” which samples the beat of Herb Alpert’s “Rise” and a lyrical bit of Slick Rick’s “La Di Da Di.”

There’s definitely a wide variety of song sampling that we’re all familiar with but haven’t exactly pinpointed, as the art of mixing various sounds together is literally what music’s all about. But up until recently, it hasn’t been a point to consider that 2000’s music hits can be considered nostalgic. I’m sure we all have those moments when we still think “30 years ago” means the 1970’s, but that’s obviously not the case anymore.

Those born 20-30 years ago were the ones who grew up on the music of the 2000’s and its this generation that’s now inheriting the music industry as we speak. It’s no longer a question of if 2000’s songs will be sampled sometime in the future, but now: if the outbreak will start anytime soon and are you ready for it?

Also read: The iPod Is Finally Gone; Here's a Throwback To Really Make You Feel Your Age

Are You Ready for 2000’s Music Hits to be Sampled?

Ah, the 2000’s. A simpler time, before Youtube, Facebook, and other social media as we know it today, and when we thought typing “s(he) be(lie)ve(d)” was the deepest form of poetry in the world. While there’s definitely a lot to unpack when it comes to pinpointing specific global trends in music throughout an entire decade, there’s definitely some broad strokes motifs that’ll be brought up when talking about what type of music was enjoyed in the 2000’s.

The 2000’s definitely inherited the teen pop, fandom-driven musical acts of groups such as the Backstreet Boys and *NSYNC, which no doubt carried over to the immense superstardoms of Britney Spears, Hillary Duff, and Jesse McCartney, among other young popstars of the day. These artists no doubt paved the way for the big successes of Justin Bieber and Taylor Swift, who emerged much later in the 2000’s, but whose acts are still relevant until today.

Hip-hop was major powerhouse going into the 2000’s and its success kept growing after the turn of the century, with Eminem, Kanye West, Nelly, Snoop Dogg, Ludacris, and much more proving their skill and versatility as artists as they kept evolving their discography. The exciting and impactful music they dropped in the 2000’s remain classics to this day, which is why we get events like this year’s Super Bowl Half Time Show and the 2020 Oscars, where these artists brought the crowd to life with these decades-old hits.

R&B was the strong foundation that carried the 2000’s. It’s hard to talk about the decade’s music without mentioning Beyoncé, Alicia Keys, Usher, Mariah Carey, Rihanna, Akon, and more. These were the jams everyone had on their iPod as what the kids these days would call “sad bops”. These artists delivered the songs that got most teens and young adults through their down days in the 2000’s, so if there’s any music we’re likely to see sampled soon, it’ll be 2000’s R&B.

In one of his interviews, Harlow stated that he sampled “Glamorous” because he “idolized Fergie” as a kid and that bringing his spin to “Glamorous” was a full-circle moment for him. This is likely how the future samplings of 2000’s songs are going to come to fruition in the future. Contemporary artists who grew up in that era—can’t believe we just referred to the 2000’s as “that era,” but alright—and who developed attachments and personal experiences alongside these popular tunes are going to want to share their experience of the song with the whole world.

Here's a classic Bieber throwback, in case you forgot he started on Youtube.

How sampling will differ from previous generations is likely to stem from the growing dominance of Youtube and Spotify in how we consume music. Now, we can just put on any remix or cover sung by someone who recorded the new version from their bathroom and posted it online. These artists and (perhaps) aspiring professionals with minimal resources are already able to create something relatively original and worthwhile out of pre-existing works and tracks.

With this being the case, professional artists and big-time producers are going to need to step up their game and be more selective with the music they wish to ride the wave of. The distinction between the corporate weaponization of nostalgia and the retelling of a personal experience through an older piece of music is perhaps going to grow clearer as the decade proceeds, because of the growing wave of internet artists. Producers can’t just have Olivia Rodrigo cover a Paramore song for the kicks of it, because, uh, the internet gave us that already.

Nevertheless, we’ll have to wait and see to see how original 2000's music makes its way back into our lives. Will we feel a bit of that age hit us? Probably. In the meantime, we’ll ponder Polow Da Don’s line that kicked off “Glamorous”: are you ready?