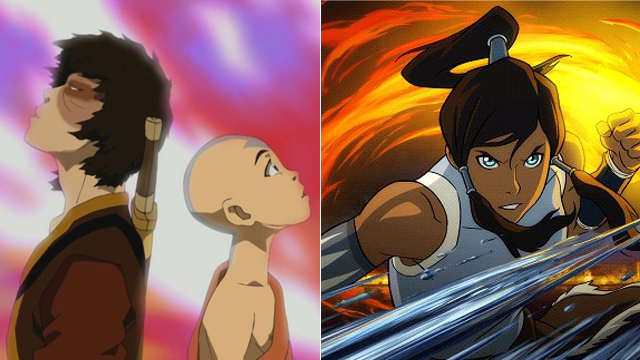 The Cycle Continues: Here's Everything We Know About the Upcoming Avatar Movies

(SPOT.ph) Want to feel old? The popular animated series Avatar: The Last Airbender premiered on Nickelodeon over 17 years ago. It's also been over seven years since we last ventured into the universe with the finale of its sequel series The Legend of Korra. Kids born during that time are almost old enough to fit in with the ages of Team Avatar already.

While Netflix has recently wrapped production on the live-action adaptation of The Last Airbender (which sadly does not have the involvement of the original's creators Michael Dante DiMartino and Bryan Konietzko), the newly founded Avatar Studios seems to be equally hard at work these days. Reports are now coming out about their slate of upcoming films that'll build out the Avatar universe, including an Avatar Kyoshi prequel, a Fire Lord Zuko spin-off, and a Legend of Korra sequel.

Also read: 10 Feel-Good Animes To Stream On Netflix After a Long Week at Work

Here's everything you need to know about the upcoming Avatar Studios movies:

A comprehensive report from Avatar News has come out that states that we can expect animated feature films centered on Avatar Kyoshi in 2024, Fire Lord Zuko in 2025, and Avatar Korra in 2026.

The first film out the gate will be a prequel story about Avatar Kyoshi, who was the Earth-bending Avatar that preceded Roku and Aang. The film was reportedly teased at the 2022 Annecy International Animation Film Festival, where footage of the Earth-bending General Fong's fortress from Book Two: Chapter One was shown, followed by the text "the Avatar returns" and the Earth Kingdom symbol.

Fong served as a minor antagonist in the episode, as he tried to aggressively trigger Aang's Avatar state, in order to put a swift end to the war. We're not exactly clear on what Fong's fortress has to do with Kyoshi, other than the shared Earth Kingdom connection and the fact that Kyoshi herself was also considered an aggressive Avatar. Perhaps the prequel will unearth some history we've yet to explore.

Also, don't worry, DiMartino and Konietzko will be hands-on to produce this film, which will be directed by Lauren Montgomery, who worked in the art department of both Airbender and Korra.

The next two films are a little more familiar to us. The Zuko film will be centered on his time as Lord of the Fire Nation, which we know is quite lengthy, given he becomes Fire Lord at the end of The Last Airbender and is still ruling when The Legend of Korra begins. The film could follow up on the sort-of cliffhanger of Airbender, where Zuko goes on a quest to find his mother, but that was already resolved in the tie-in comic "The Search."

Lastly, we have the Korra sequel, which will follow the Avatar's life after the series finale and, presumably, the follow-up comics "Turf Wars" and "Ruins of the Empire" as well. It'll be exciting to see a more mature Avatar Korra in her element, especially since the film will get to explore her relationship with Asami more (as the writers weren't fully able to on the Nickelodeon platform). #Korrasami fans stay winning since 2014.

It should be noted that these specific storylines aren't direct announcements from the new studio, but we can expect announcements soon, especially if the first film is slated to be released in 2024 (which is just a year and a half away, sorry to break this to you).

Also read: The Last Airbender Is a Filipino-Canadian