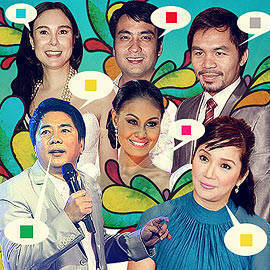 They said what? The most sound and unsound, er, sound bites of the year. 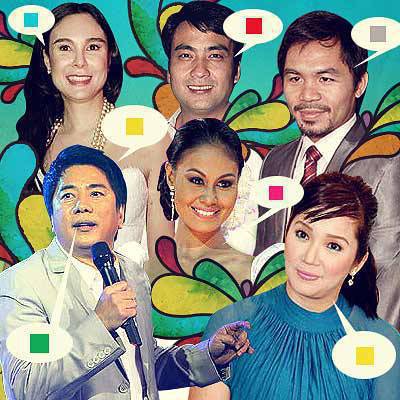 From inspiring words to plain verbal diarrhea, SPOT.ph gathers 50 of the year’s most interesting sound bites (in no particular order).

2. "In my 22 years of existence, I can say that there’s nothing major major, I mean, problem that I’ve done in my life because I am very confident with my family and the love that they are giving me."

--Miss Philippines Venus Raj answers Miss Universe judge William Baldwin’s question "What is one big mistake you’ve made in your life and what did you do to make it right?"

--Then presidentiable Noynoy Aquino’s nephew Baby James Yap utters the name of Aquino’s opponent during a campaign program in Bacolod in March.

5. "Satan, get away from us! Walk out! Now! While you’re still alive, change! Bastos! Damaso is just a fake; you are fakes! Satan, get out!"

--Pro-Life Philippines President Eric Manalang casts out the demons that have supposedly possessed the Reproductive Health Bill advocates at a Pro-Life gathering in Manila Cathedral.

6."They cannot be more popish than the Pope."

--Then Makati City Rep. Teodoro "Teddy Boy" Locsin Jr. cursed Smartmatic representatives on Umagang Kay Ganda, a day after he called them "sons of bitches" during a House inquiry on alleged electoral cheating

--Actress-host Angelica Panganiban on her controversial tweet ("Tarrrraaaayyy!!! Single ka teh? :)") reportedly directed to actress Gretchen Barretto, whom she had a supposed word war with over her boyfriend Derek Ramsay

10. "Ako si Victoria. Suot ko ang pag-ibig at hindi susuko at lalaban magpakailanman. You want war, I’ll give you war. I’ll be there in my red stilettos."

11. "Well, I’m sure that after your marriage you’ve had some insertions."

--Then Sen. Aquilino Pimentel Jr. responds to what then Sen. Mar Roxas said ("I have no insertion of the matter") in January during a chamber debate on Sen. Manny Villar’s alleged unethical conduct

--Annabelle Rama on her daughter Ruffa Gutierrez being supposedly maltreated by Kris Aquino on The Buzz, before Gutierrez left for Paparazzi

--Then Quezon City councilor candidate Ara Mina on the Visiting Forces Agreement after Mo Twister asked her to comment on the VFA when he interviewed her for In My Opinion in January.

14. "Hayden is definitely back in my life. He was never gone actually."

--Cosmetic surgeon Vicki Belo on Hayden Kho, Jr., who figured in sex video scandals last year while he was in a relationship with her. They have since supposedly split up for good. As of this writing, at least.

16. "I said to him, ’(Expletive) the president. We have a fight coming up you need to get ready for... I mean, he can meet the President anytime he wants. Why does he have to meet him on my time?"

17. "When you think about (it), a Cebuana can hardly speak English and, of course, Tagalog. Maybe she should answer in Bisaya."

20. "The first thing that crossed my mind was how clueless Yap was on the subject. The PCSO does not disclose the identity of any winner for obvious security reasons... The damage had been done... With the desperate times as indicated by the surge in petty crimes in the streets, I feared for our safety."

22. "I want to show myself because I’ve been hearing all those things (about) my presence or absence... You can be here even if you're not on the floor. It is just like you are in an official trip but you can be present, and not on the floor."

--Negros Occidental 1st District Rep. Jules Ledesma attends the House plenary on August 17, following reports that he has shown up at the 15th Congress only once since it opened on July 26

24. "Let him investigate. What will come out there is nothing. There’s nothing that she did that’s bad."

25. "(My protest was) an appeal to (the Catholic Church) not to be the new Padre Damaso in the new millennium because they really shouldn’t be getting involved in affairs of the state. They threatened civil disobedience. I said, ’Why don’t I show them what civil disobedience is about and see if they like it?’ I really am sorry for the method but I hope you heard my message loud and clear. My message is unapologetic. But for interrupting the mass and ruining your day, sorry about that."

--Mariel Rodriguez on her and Robin Padilla’s controversial wedding

30. "By finally winning the world 9-ball, which is every pool player’s dream, I can now say that I am a complete billiards player."

--Django Bustamante, 46, on his first world pool title in the World 9-Ball Championship. He has been playing pool since he was 10 years old. 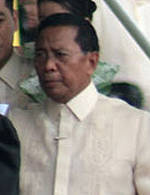 --Vice President Jejomar Binay comments, "in jest," on his new office at the Philippine National Bank Building in Pasay 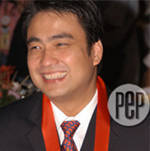 32. "No amount of perfume could ever take away the stench of (Kho's) dirty deeds."

--Sen. Bong Revilla on Hayden Kho after Kho called him "narrow-minded" for asking the public not to forget the former cosmetic surgeon’s sex tape scandal. 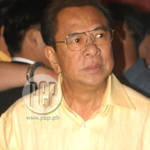 33. "’I have twelve tiger. When I home, I swim with them every day. But now I want to make liger, yes?’ The product of a lion and a tiger. ’So I bring lion in, and he do this, yes?’ The Governor made a fucky-fucky motion with his right index finger and his closed left fist. ’And he do, and he do. No liger. And so I make him do, and do some more. And then...acchhhhh!’ The Governor clasped his hands to his heart and rolled his eyes back in their orbits; his lion stud had literally died of a cardiac infarction while being made to copulate for the umpteenth time with one of his tigresses. ’No liger,’ the Governor said dejectedly."

--An excerpt from the GQ article on Manny Pacquiao in which Ilocos Sur Gov. Chavit Singson boasted about a genetic experiment 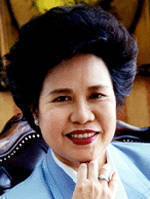 34. "Let’s get some neurons in our brains working. The neurons are not working. ’Pilipinas Kay Ganda’ is just, I think, ignorant, and ignorance is boring." 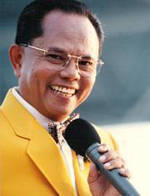 36. "It could (mean) that the Pope is allowing prostitution; just protect yourself with (a) condom." 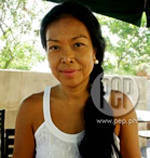 37. "We are genius(es), borderline insanity. My intelligence is way above most people. Does that make me insane?"

--Marlene Aguilar, mother of road rage suspect Jason Ivler, defends herself against some listeners of dzMM calling her crazy for claiming her enemies framed Ivler 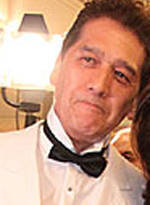 --James Yap on his breakup with estranged wife Kris Aquino 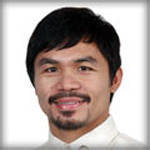 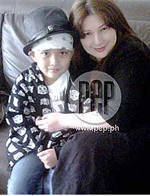 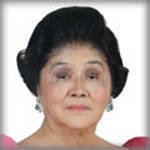 42. "Because I’m the number one major victim of human rights, I have not had my justice since 1986 but anyway I’m sure things will come out right. I’m very positive and I’m very excited about this because united, this country has so much potential."

--Ilocos Norte Rep. and former First Lady Imelda Marcos on supporting the human rights compensation bill which would benefit the families of the victims during the dictatorship of her late husband, Ferdinand Marcos 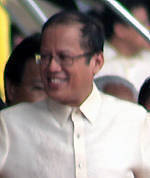 43. "Mislang is young and could easily make mistakes." 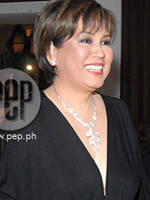 --Annabelle Rama on Heart Evangelista, her ward who decided not to renew her contract with Rama

45. "I don’t want to be just your boxing idol. I also want be your idol in public service."

--Then congressional candidate Manny Pacquiao during the campaign season 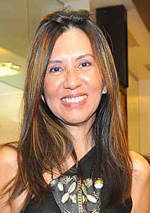 46. "Where do we go from here? Just slug it out in Facebook and Style Bible? It is sad to say that we fashion designers have organized a legitimate council (the Fashion Design Council of the Philippines) but have never lead it to maturity to discuss and tackle issues related to the betterment of our sector. We have so far used our council as a marketing vehicle instead. Then, we become too busy to take time to share and participate further, thinking it is no longer worth our time." 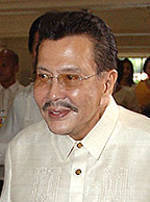 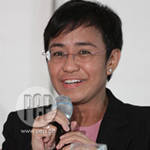 48. "(The hostage crisis) was a disastrous example of incompetence, political factionalism and lack of national leadership... The coming weeks will show whether (the President) can learn from his mistakes, or whether the Philippines is in for another Aquino presidency that has good intentions but bungled outcomes." 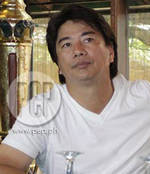 49. "I cannot just sit idly by and watch the death of a show (Wowowee) that has brought joy and hope in so many ways to our less fortunate countrymen... If I made a mistake, I think it is loving Wowowee too much and making it my life. Thus, when it was cancelled, it was as if my life was consumed as well." 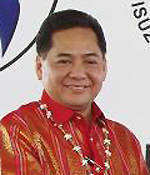