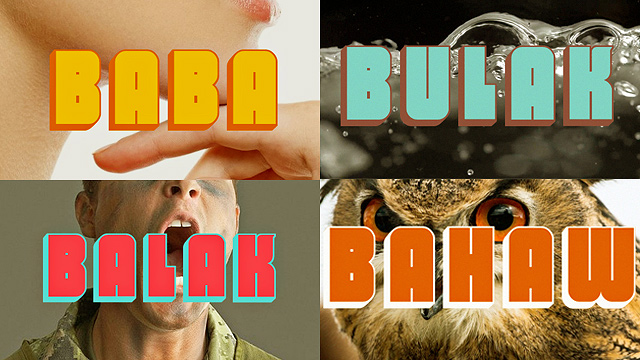 Sometimes, it depends on where you are!

(SPOT.ph) If you really get into it, Filipino is a beautifully intricate language. You can hear the gentleness in malumanay and the urgency in takbo. Two-letter affixes can give a simple root word a number of possibilities—nakain, kumakain, and nagkainan are all derivatives of kain. This complexity is also true for other Philippine languages and dialects. And a word with the same spelling can change its meaning, depending on where you are in the country.

We list a few words in various Philippine languages that take on a different definition, depending on where you are:

Tagalogs in Metro Manila and nearby places may know of the not-so-friendly insects that love sweets as langgám (family Formicidae); but for those using the Pangasinan and Sebwano languages, lánggam is used to refer to birds (class Aves). The small difference in stress makes a world of difference for these two species. In addition, tangá is a Bikol word for langgám (as in the ant).

We're all grown-ups here, and we know what líbog means. (But just in case you don't, it refers to strong sexual desires.) In Hiligaynon and Sebwano, libóg—note the difference in stress—means litó or confused. Líbog can sometimes be confusing though, so we totally understand the double entendre.

Bálak means an intention. It often starts off as a seed of an idea before it becomes a proposal for a future project. Balák, in Hiligaynon and Sebwano, refers to a poem. Bálak and balák may have different meanings and pronunciations, but they both come from the imagination, right?

What do you say when your pair of pants is too short? Bitín! But in Bikol, Hiligaynon, Kapampangan, Sebwano, and even archaic Tagalog (or Sinaunang Tagalog), bitín refers to a huge venomous snake—boa constrictor.

For most of us, báhaw is synoymous to kaning-lamig (leftover rice or food). But báhaw in Sebwano can also refer to the Asian koel (Eudynamys scolopacea), a species of cuckoo birds; while baháw in Bikol refers to a wild owl. Like the langgam, a change in stress makes the taxonomy of these bird species even more complicated.

Baháw-baháw, on the other hand, does not refer to a group of owls. It is a type of very small ants, often seen in báhaw. (Again, note the difference in stress.)

We all know the dagâ (genus Rattus) as a nasty house pest. In Ilokano and Bikol, the word refers to soil—the only difference is that they're pronounced as dagá in Ilocos and dagà in Bicol.

We know that búlak or cotton, which comes from the Kapok tree (Ceiba pentandra), makes up most of our clothes. But did you know that bulák or sulák refers to the boiling of water? While Bulacan is a province named after the abundance of cotton trees, bulakán—in archaic Tagalog—refers to the kind of rice grain that needs seven months to grow before being harvested.

Bágay, in the Tagalog and Bikol languages, refers to things. Bagáy, in the Tausug language, refers to friends. In Filipino, we know that bágay can also mean angkóp or complementary. So when you say "Bágay kayo" to two platonic friends, you're already hinting that they can go the next level.

In the Tagalog region and Pampanga, babà means chin. For the Maranao people, babà is synonymous to kababaang-loob or humility. Babá can also mean the copulation of four-legged animals. In the Sebwano and Waray languages, babá refers to the action of sitting on another person's shoulders. Babâ, which has a glottal stop on the second syllable, refers to a downward action—stepping off a vehicle, reduction in prices, or decrease in water level.

Hílom refers to healing, but in Sebwano, it also means silence and peace. In Bikol and Waray, it can also mean líhim or a secret.