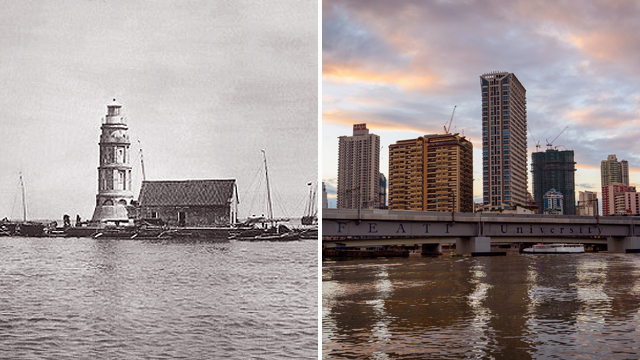 Time and Time Again: A Short History of the Pasig River Rehabilitation Project

Efforts to clean up the Pasig River have been underway for years; will it finally happen?

(SPOT.ph) The Pasig River is not what it used to be. That much, everyone knows. The 27-kilometer long river that cuts through the nation's capital, from Manila Bay to Laguna de Bay, has been steadily worsening since its lively glory days of old. Now, it faces the prospect of having an elevated tollway built over it by the San Miguel Corporation—which stated that they will be reviving the Pasig River as part and parcel of the incoming project. There have been several projects with the same goal of cleaning up the old river, but it has yet to actually happen. We list down a short history of the Pasig River rehabilitation.

The Pasig River is reported to have been declared "biologically dead" by ecologists in the 1990s. A year before, in 1989, the administration of then President Cory Aquino started the Pasig River Rehabilitation Program. The project was led by the Department of Environment and Natural Resources in partnership with Denmark's international development assistance program.

It was meant to bring Pasig River back to an ecologically healthy state. With a timeline of 15 years, the program included lessening pollution from commercial and household sources, implement proper waste disposal, raising public awareness, and, of course, cleaning up the river itself.

Then in 1999, President Joseph Estrada established the Pasig River Rehabilitation Commission through Executive Order No. 54 which took on the goals of the program before it. The commission focused on several aspects of the program's goals, especially on relocating informal settlers along the riverbanks, monitoring factories , and building parks.

Several projects were conducted by the commission throughout the years. The late Gina Lopez, former Department of Environment and Natural Resources (DENR) chief, was also made chair of the rehabilitation body in 2010. She headed the commission until 2016.

The ABS-CBN network foundation's environmental arm, Bantay Kalikasan, signed a Memorandum of Agreement with the DENR in 2008 for the rehabilitation project, as well. One of Lopez's projects included a fun run for Pasig River done annually every month of October.

The efforts of the rehabilitation body were rewarded in 2018 when Pasig River won the international Asia RiverPrize Awards, given in recognition of successful efforts to revitalize waterways. Pasig River managed to edge out China's historic Yangtze River that year.

Folks were also amazed when fish started coming back to the old waterways. Pictures of people with huge prized fish caught from Pasig River started circulating on social media in late 2019. The last time nearby residents had spotted freshwater fish like tilapia, carp, and catfish was in the '70s.

Despite this, the commission warned that fish caught in the Pasig River were likely dangerous to eat thanks to possible traces of toxic chemicals from the still-polluted waterway. It also noted that fish had come back to Pasig as early as 2009.

But then in November 2019, President Rodrigo Duterte officially abolished the commission. Pasig River rehabilitation was turned over to the Manila Bay Task Force, with the executive order citing a need to consolidate "ongoing rehabilitation efforts in all river systems and tributaries within the Manila Bay Region."

Aside from efforts to clean up the river, local governments and the Metropolitan Manila Development Authority also teamed up to bring back the Pasig River ferry system. A consolidated ferry system has operated on and off since the 2010s began, but revitalized efforts were announced in November 2019 with the arrival of new boats! The Pasig River ferry system, which aims to serve both tourists and commuters, officially started operations in December 2019—and surprisingly, wasn't as unpleasant as most people would think.

Now that plans to build an elevated tollway "traversing the entirety of the Pasig River," have been bared, the question of the waterways' rehabilitation has resurfaced. According to the San Miguel Corporation (SMC), the new tollway presents a "solution within a solution" as building the new connection between east and west Manila will entail first cleaning up the river.

According to SMC chief Ramon Ang, the river bed will have to be dredged and cleared to attain the optimal depth level and to keep the water flowing. "For so many decades, even when I was young, the Pasig River had been synonymous to pollution," said Ang. "Unfortunately, not much has changed."

The dredging of Pasig River will also answer flooding problems in Metro Manila. SMC has undertaken a similar cleaning project over at the Tullahan River, which also opens up at Manila Bay. This is part of their answer to keeping flood levels down in Bulacan, where they are building the next major international airport.

With all the initiatives to revive the historic water channel, it can be hard to tell where this next one will go.

Adventurer Savvy Seasoned Pasig River San Miguel Corporation History News Summit News Summit News Features Evergreen
Your Guide to Thriving in This Strange New World
Staying
In? What to watch, what to eat, and where to shop from home
OR
Heading
Out? What you need to know to stay safe when heading out