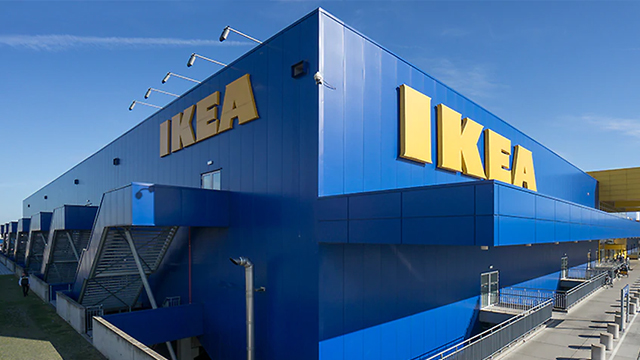 Confirmed: IKEA's First Philippine Store Is Set to Open in 2021

Looks like we have a little more waiting to do.

(SPOT.ph) It was first announced in mid-2016 that Swedish furniture giant IKEA was set to open its first store in the Philippines. We've since been following the story closely and letting you in on important updates including where the store will be located and what cool things we can expect to see inside. IKEA Philippines was originally expected to be completed by the end of 2020, but it looks like we may have a little more waiting to do: IKEA will be opening its first branch in the Philippines some time in 2021.

We've been waiting in anticipation to hear any updates on the soon-to-open furniture store, which will be located at the Mall of Asia complex—specifically between the SMX Convention Center and the MOA Arena. We did some investigating of our own and according to IKEA Philippines' official website, the store will be open by 2021.

Here's a screencap from the official site:

SPOT.ph reached out to an SM representative to confirm the news today, February 13. There are no details on what quarter the furniture store is expected to open. For now, we'll keep our eyes peeled for more updates and continue waiting in anticipation for 2021 when we can finally see the first IKEA store in the Philippines. It's also been announced that the Swedish furniture will be opening more branches in the Philippines, one beside SM Fairview and one in the Subic Bay Community Center. Though we're still not sure when to expect those openings, we at least know that there's lots to look forward to!

In the meantime, here are some of the things we're most excited about in the first IKEA branch in the Philippines:

It will be the largest IKEA store in the world

Spanning about 65,000 square meters, the first IKEA store in the Philippines will also be the world's largest IKEA. "A typical IKEA store is around 35,000 square meters. The one we have designed will be around 65,000 square meters. That's equivalent to more than 150 basketball courts," shares Christian Rojkjaer, Managing Director of IKEA Southeast Asia. Though the shop floor is more or less the same as other IKEA stores in the world, the overall size is bigger because of the store's large warehouse, e-commerce facility, and integrated call center.

The store will be linked to the mall

If you're worried about having a hard time getting to IKEA from the mall, you can breathe easy. The IKEA store will be linked to the mall through direct walkways, making it super accessible to mall-goers.

There will be a play area for children

While you're busy shopping, you can drop the little ones off at the IKEA Playroom. Don't worry, it's supervised so you can be sure they'll be safe and sound while you're doing some shopping.

In case you didn't know, every IKEA store in the world houses its own full-service restaurant, so the same can be said about the highly anticipated IKEA store in Manila. Now we're even more excited to finally be able to enjoy the Swedish furniture brand's famous meatballs without having to leave the country!

There will be over 9,000 products to shop in the store

IKEA fans will be pleased to know that IKEA Philippines will offer more than 9,000 products in store and online. We already don't know where to begin!

And yup, you can expect the same wallet-friendly price points

Because it just doesn't make sense if they double or triple the prices of IKEA's popular DIY furniture. "We always strive to offer the lowest prices in the market to make sure that our range is affordable for as many people as possible," shares Georg Platzer, Market Development Manager (and future IKEA Store Manager in Manila).