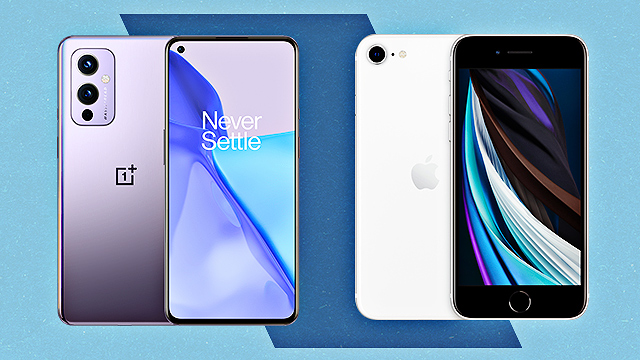 (SPOT.ph) On August 11, Samsung officially unveiled the newest models in their smartphone lineup, namely the Galaxy Z Fold 3 and Galaxy Z Flip 3, both of which were upgraded iterations of previous smartphones in the brand’s arsenal. Months before the new devices were finally revealed to the public, speculation online about their release was rampant with not just possible upgrades, specs, and features circulating, but also design changes and even price predictions.

Now keep in mind, these gadget leaks, as they’re often called—particularly when revealed by well-known tech insiders and experts—aren’t always 100% accurate, but they do come pretty close. Plus, they offer a telling perspective on where technology is headed and what people are expecting from it in real time. If Samsung’s latest release got you excited—whether because you want to purchase a model or you just enjoy knowing how technology continues to develop—then good news: There’s a lot more to look forward to. Tech insiders are expecting tons of cool new releases in the last few months of 2021 alone. Below, we list the most exciting new smartphone models experts predict we’ll be seeing before the year ends.

Also read: Start Saving: Here's How Much the iPhone 13 Is Likely to Cost

These are the new smartphone models that tech experts predict will be released before 2021 ends:

Perhaps no unreleased smartphone is as talked about and highly anticipated as the so-called iPhone 13. There’s a whole list of potential specs and features circulating across the Internet right now in the weeks leading up to its release and here’s what the experts are saying: The iPhone 13 (as it’s popularly referred to, but no official name has been announced) will likely include the same four phones in the series that the iPhone 12 had, namely the iPhone 13 Mini, the iPhone 13, the iPhone 13 Pro, and the iPhone 13 Pro Max. The size and price of each is expected to match those in the previous series. Experts are also predicting larger built-in batteries across the board for the iPhone 13 lineup and a stronger hardware setup powered by the A15 chipset. Plus, the iPhone 12 is expected to drop in price immediately after the 13’s release, making the upcoming reveal even more exciting.

A new iPhone SE—Apple’s budget-friendly version of their flagship smartphone series, which was released in mid 2020—is expected to be released later this year. TechRadar notes that it may be called the iPhone SE 2021, following its predecessor’s naming convention, though insiders are also speculating about an iPhone SE Plus, which is a larger version of the previous model that maintains the original’s affordability.

The OnePlus 9T—a follow-up to the OnePlus 9 and 9 Pro, both of which were released just earlier this year—is another highly anticipated tech release with TechRadar even calling it "[likely] one of the most important smartphones launched in late 2021." However, predictions online have been unclear about the phone’s launch after known OnePlus leaker Max Jambor claimed that the phone wouldn’t be released this year, Tom’s Guide reports. The Chinese tech company seemed to debunk the rumor with a teasing tweet that read “The #OnePlus9 in tea. Don’t read too much into it” posted on August 11—and yes, it was literally a smartphone sitting in a pile of tea leaves. Tech fans aren’t sure how to read the cryptic message, but it definitely sparked the ongoing rumors. Speculation online about the expected specs is sparse, but experts are predicting upgraded screen technology with a 120Hz LTPO panel and full HD+ resolution as well as a Snapdragon 888 Plus chipset, a step up from the previous models’ Snapdragon 888.

In late 2020, Google released the Pixel 5, a compact and affordable addition to their flagship phone series. This year, a follow-up to the smartphone is expected, dubbed the Pixel 6 with the possibility of a Pixel 6 Pro being released alongside it. According to Stuff, Google may be moving away from 2020’s mid-range approach and opting for higher-end construction and a price tag to match. Known leaker Jon Prosser claims that both phones may feature brand new Google-made processors—unlike previous models’ Snapdragon chipsets made by Qualcomm Technologies Inc. They’re also expected to have large OLED screens (6.4 inch and 6.7 inch for the Pixel 6 and Pixel 6 Pro, respectively) along with upgraded camera setups that boast 50-megapixel main sensors on both phones.

Not much is known about the folding Oppo smartphone, but rumors of a release from the brand have been circulating since 2020. Sources suggest the release may actually have to wait till 2022, but with no official announcement, tech experts can’t agree on a specific date. Korean website The Elec has reported that Oppo may be collaborating with Samsung on the phone’s display. Considering Samsung just released their new Galaxy Z Fold 3, the tech giant may be the perfect companion for creating the model.

Note, however, that the upcoming foldable phone will likely be different from their Oppo X 2021, a concept phone that features a rollable design that allows the screen to be extended into a wider size. No prices have been announced, but most foldable phones on the market are usually priced upwards of U.S. $1,300 (roughly P65,572). Samsung’s latest take on the technology followed suit with a starting price of P87,990 in the Philippines. Folks are also speculating that Google may hop on the foldable phone trend, but there is no official word yet.

According to Gadgets Now, Huawei is expected to release the Mate 50 Pro 5G in November, not to be confused with the P50, which was unveiled in late July. The device, which will have 5G capability as its name suggests, offers 8 GB of RAM as well as 256 GB internal storage for ultra-smooth user experience and maximum file space. Rumors also suggested that the Mate 50 Pro will be powered by an Octa-Core processor, a chip made up of eight processors that allows smartphones to carry out more advanced, graphic-heavy tasks without draining battery too quickly. That means a smoother and faster processor compared to its predecessor (the Mate 40) that lets you access multiple apps and play heavy-duty games with no lags.

The Nokia X50, rumored to feature a 6.38-inch display with 720 x 1600 resolution, is expected to be launched in late August, which means if speculation is on point, you won’t have to wait much longer for the official reveal. The main camera sensor, according to Gadgets Now, will offer 48-megapixel quality and will sit alongside two other lenses as well as a selfie camera upfront. GSM Arena has reported the possibility of a 108-megapixel camera on the device, so no official conclusion on that yet. It’s also rumored to house a 5,000mAh battery, 128 GB internal storage, and 6 GB of RAM.

It looks like Nokia’s going all-out this 2021 because TechRadar reports that the Nokia 10—a successor to 2019’s Nokia 9 PureView—may be coming out in November. The Nokia 10 is expected to be a flagship model for the Finnish company—a noteworthy prediction considering the brand is best known for mid-range or budget-friendly smartphones. Rumors point to a handset with 5G capability, a Snapdragon 775 processor, and possibly a selfie camera located under the screen rather than on a notch or bezel. The previous model had a starting price of U.S. $699 (roughly P35,319), so its successor will likely cost around the same or more, depending on how drastic the upgrade.

Apple Oneplus Google Iphone Iphone 13 Iphone SE Oppo Huawei Nokia Smartphones Shopping Staying In Savvy Adventurer Seasoned Topspot Shopping Gadgets Greener Guide
Your Guide to Thriving in This Strange New World
Staying
In? What to watch, what to eat, and where to shop from home
OR
Heading
Out? What you need to know to stay safe when heading out