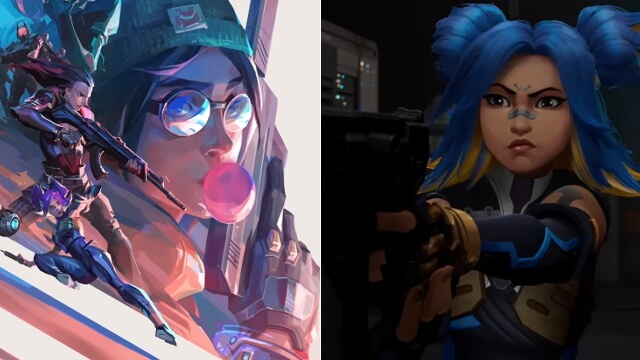 Unicorn Sparkle-Themed Guns? Check Out Everything New With the VALORANT Episode 5 Battle Pass

(SPOT.ph) As many esports teams battle it out in the ongoing Challengers stage of the current VALORANT Champions Tour—which will decide which 12 teams get to compete at the VALORANT Masters tournament in Copenhagen in June—us casual players have our eyes peeled on something else. Specifically, the release of VALORANT Episode 5: Dimension.

The new episode is the start of a new competitive season that'll bring with it an all-new map, the underwater Portugese city of Pearl, as well as a new competitive rank Ascendant, which will be inserted above Diamond and below Immortal. However, besides all those game-changing new additions, what everyone wants to know when a new act rolls around is: what's on the new battle pass? We break it down below.

Also read: This 23-Year-Old Filipina Is the Voice Behind VALORANT's Newest Character

Here are all the skins, player cards, and buddies on the battle pass of VALORANT Episode 5, Act 1:

The battle pass of Episode 5 will include your standard cosmetic groups, including three bundles of weapon skins, 13 player card graphics, nine gunbuddies, and 16 sprays.

The three bundles on the Episode 5 battle pass are called Shimmer, Spitfire, and Task Force 809. The Shimmer is a skin bundle with a unicorn sparkle design that comes in a default color scheme of pink and purple, but you can spend Radianite on it to obtain the black and gold, red and white, and blue-green variants. The guns that come with the Shimmer skins are the Classic pistol, Stinger SMG, Judge shotgun, and Bulldog rifle. It's pretty much worth it just to be able to rock something cute during pistol rounds.

The Spitfire bundle has a relatively clean, fireball print design on it. Nothing audacious, just a lowkey print you can equip on your Ghost pistol, Ares machine gun, Guardian rifle, and Operator sniper. Lastly, we have the Task Force 809 bundle, which has your classic tech/para-military design. This bundle can be equipped on the Frenzy pistol, Spectre SMG, Phantom rifle, Marshal sniper, and as your knife.

No skin for the Vandal, one of—if not the—most popular gun in the game, but the battle pass does cover most of the weapon options in the game with clean, not too distracting designs, so this battle pass should be worth it for players just starting out or for your (secret) smurf accounts that you'd like to add skins too.

Compiled by ValorLeaks on Twitter, here are the weapon skins and player cards on the Episode 5 battle pass:

Additionally, here are the buddies that you can attach to your guns starting Episode 5:

Check out the new sprays from Episode 5:

A VALORANT battle pass costs 1000 Valorant Points every new act, which is about P500. You can purchase these Valorant Points in-game via payment methods such as Visa Mastercard, G Cash, 7-Eleven Wallet, digital bank transfer, PayPal, and GrabPay, among others.

Once purchased, you can unlock all these items by playing the game to gain experience points and level up your battle pass to the maximum level of 50, but only until August 24th, which is when the act ends and a new act will kick off another battle pass.